Last week Israel remembered the Holocaust but received a rude reminder that its immigration policy admits many non-Jews into Israel.

On the eve of Holocaust Memorial Day, when Israel commemorates the murder by the Nazis and their many helpers, of six million of its brethren in the concentration camps and ghettoes of Europe, the police arrested an Israeli soldier who was acting strangely in the City of Ariel. They suspected him of having narcotics but were even more shocked when, during a body search, he proudly showed them that he had a red Nazi swastika tattooed on his forearm.

The soldier’s family came to Israel from Latvia some nine years ago. They have had a difficult time in Israel and are in debt. When questioned, the mother is reported to have stated that she ‘understands her son’ and that she disagrees with the philosophy of the Jews. ‘Since my aliyah I have found many deficiencies in Judaism and the Jews.’ She readily admitted that they are not Jewish and she explained to the dumbfounded police investigators that the only reason that they came to Israel was because of the economic aid and opportunities in Israel.

Unfortunately, this incident will have little impact on the non-religious ministers who now run the Ministry of Interior. In the past, I have been at the airport many times to help American Jews through the first hours of red tape in Israel and the Ministry of Absorption staff (mostly former Russians) often whispered to me that there were no Jews among the 50 or 100 new Russian immigrants awaiting processing. How long will it be before the Israeli Ministers realize that their immigration policy is hurting Israel?

In keeping with my long tradition, I invite any readers who do not have the prayer for the State of Israel and for the soldiers of Israel, to send me, care of the Jewish Press, a stamped self-addressed envelope and I will send them a copy of these prayers. As Israel approaches its 57th birthday we need your prayers more than ever. 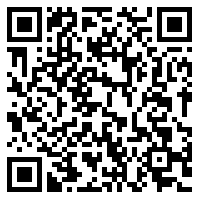