“It is an outrageous decision,” Dayan told this reporter in a radio interview. “And it is a discriminatory decision with anti-Semitic flavor, at least, to discriminate. This is not about the policy of the (Israeli) government. It is discriminating again Israeli citizens. Jewish citizens, by the way, because they keep publishing properties in Judea and Samaria owned by non-Jews.”

“We cannot accept that decision and we have to confront that and make sure that the management of Airbnb changes that decision,” he said.

Dayan said that he is not advocating a boycott of Airbnb in response to their delisting policy.

However, he said that he personally “would for sure not use Airbnb as long as they discriminate against Jews in Judea and Samaria.”

Airbnb announced on Monday that the company will ban Israeli homes in the West Bank from its listings.

Airbnb took that decision 24-hours before a report from Human Rights Watch, or HRW, was released on Tuesday and was reportedly set to criticize the company for allowing the listings. Airbnb’s decision followed intense lobbying efforts by the anti-Semitic Boycott, Divestment and Sanctions (BDS) movement.

Omar Shakir, HRW’s director for Israel and the Palestinian territories, stated, “By ending its brokering of rentals in illegal settlements on land off-limits to Palestinians, Airbnb has taken a stand against discrimination and land confiscation and theft.”

“It is an important and welcome step and we encourage other companies like Booking.com to follow their lead and stop listing in settlements,” Shakir told the AFP.

Booking.com has so far signaled that it will not change its policy.

Netanyahu Is Correct To Open Relations With Chad

This reporter called out some on the left in Israel for criticizing Prime Minister Benjamin Netanyahu for opening diplomatic relations with Chad despite the Muslim-majority African nation’s poor human rights track record.

I argued that ties with Chad are within Israel’s national security interests, and panned leftist critics for evidencing a seeming double-standard since the left in Israel strongly advocates for a Palestinian Authority-led state despite the PA’s long track record of similar human rights abuses.

The comments during a segment on i24NEWS’ Spin Room program, hosted by Ami Kaufman.

Kaufman reported that some critics of Netanyahu noted Chad’s dismal record on human rights, reading a list that included:

*Violence against women and children.

*Arbitrary killings, arrests and detentions by security forces, including the use of torture.

*Restrictions on freedom of speech press and movement.

*Limited ability of citizens to choose their government.

This reporter responded: “When you read that list, it kind of also sounds like the Palestinian Authority to me and yet the left is pushing peace with the Palestinian Authority. I mean, I didn’t know that in order for a country to have diplomatic relations that is in its best interest with another country that it therefore needed to agree with every element of that other country.”

I pointed out that like Israel, Chad is fighting Islamic terrorism, especially the Islamic State and Boko Haram. He also noted that Chad borders “multiple countries that are very important” for Israel, particularly Libya and Sudan, two countries that have been part of the supply chain for weapons smuggling to Palestinian terrorist groups.

On Tuesday, Netanyahu’s office announce that he will soon fly to N’Djamena to usher in the resumption of full diplomatic ties with Chad. This while Chadian President Idriss Déby was in Israel on an unprecedented visit following decades of having no formal ties with the Jewish state. 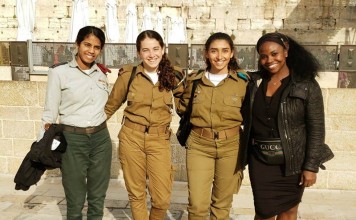 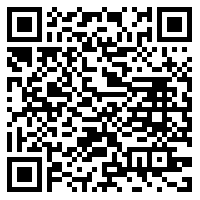