As a rule, the laws of candle lighting for independent singles are the same as those for a family unit. Therefore, if a single has his (these laws apply equally to men and women; masculine pronouns are used for convenience’s sake) own home, regardless of whether it is owned or rented, he must light candles there. If he is visiting friends at candle-lighting time but will return home to sleep, he cannot fulfill his obligation at their hosts’ home. Rather, he must return home to light.

If the single will be staying the night as well, then his status depends on where he will sleep. If he will sleep in the hosts’ home, he should pay the host the value of a prutah toward the cost of the candles (or the host may give him a share of the candles as a gift) and he can fulfill his obligation through the host’s lighting. According to Ashkenazic custom, it is better if he lights his own candles with the berachot, thus fulfilling the custom of mehadrin min ha-mehadrin. If the unmarried guest was given a separate residence for sleeping, according to all customs he should light there with the berachot.

A student who sleeps in his dormitory room or an apartment near campus and eats in a cafeteria must light in his room, because he resides there for an extended period and the room is set aside for his use. If the dormitory room has a window facing the street, he should light in that window to publicize the miracle. If there is no window facing the street, he should light inside his room, preferably to the left of the doorway, so that the mezuza will be on the right and the Chanukah candles on the left.

An uncertainty arises with regard to Sephardic students. According to Sephardic custom, the way to beautify the mitzvah is for the head of the household to light for the entire household. Furthermore, according to many poskim, the true home of a student is his parents’ home, even though he lives in a dorm. His parents’ home is where he returns regularly and where he goes when he is sick. Therefore, even when he is at school, yeshiva, or seminary, he fulfills his obligation to light through his father’s lighting at home.

On the other hand, some maintain that since the student lives in the dorm most of the year, he is considered an independent person with his own home, and thus he must light candles in the dorm with the berachot. Following Sephardic custom, one student should light for himself and all his roommates. The roommates who do not light must either pay the value of a prutah toward the cost of the candles or acquire a share in them.

The laws that apply to students also apply to soldiers. According to the custom of all Ashkenazim and some Sephardim, a soldier should light in his room with the berachot. The custom of most Sephardim is that such a person relies on his parents’ lighting. If no one else is lighting in the dorm room, he should light without a beracha.

It is best to light in one’s hotel room, as this room is set aside for personal use, as opposed to the dining room, which is for communal use. If the hotel room has a window facing the street, one should light there. Someone should remain in the room for at least half an hour after one lights, so the candles are not left unattended and a fire is not caused as a result. If, after half an hour, one wants to leave the room, one should put out any candles that are still lit. If the hotel management does not permit guests to light candles in their rooms, then since there is no alternative one should light in the dining room.

One who lights candles in a hospital should preferably light in his room, which is designated for him specifically. If he lights in the cafeteria, he fulfills his obligation, as it is considered his home to some degree while he is hospitalized.

A patient who is exempt from lighting because someone is lighting for them at home should still try to see Chanuka candles and hear the berachot, because some maintain that even though someone is lighting for him at home, which allows him to fulfill the mitzvah of lighting candles, nevertheless he has not fulfilled the mitzvah of thanking God for the miracle. Therefore, he should find someone who is lighting with the berachot (whether out of strict halachic obligation or Ashkenazic custom) and listen to his berachot with the intention of fulfilling the obligation to recite the beracha of She’asa Nisim. On the first night of Chanuka, he should have in mind to fulfill the obligation of She’hecheyanu as well.

The poskim disagree about whether the obligation to light Chanuka candles is limited to the home. Some maintain that the Sages ordained that only one who has a home lights candles, but a homeless person cannot fulfill the mitzvah. Similarly, one who is hiking or camping and intends to sleep in a field, or a soldier who is living in a tent that is too small to qualify as a house (about two square meters), cannot fulfill the mitzvah. Others maintain that even one who does not have a home must light candles wherever he is.

One who is traveling overnight on a train, plane, or boat with cabins should light with the berachot. Even though he is in transit, the inside of the train, plane, or boat is considered a home for the purpose of lighting Chanuka candles. However, sometimes safety considerations do not allow for lighting candles. If those in charge allow one passenger to light one candle for everyone, all the passengers have fulfilled their obligation.

This essay is excerpted (and very slightly adapted) from Chapter 13 of “Peninei Halakha: Zemanim – Minor Holidays and Annual Observances”(published by Yeshivat Har Bracha) – available in Israel: https://shop.yhb.org.il/shop/peninei-halakha-zemanim/ , and in North America: http://www.levinejudaica.com/catalog/peninei-halakha-zemanim-english-by-rabbi-melamed-p-29957.html . 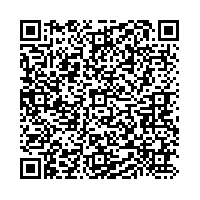