In an action characterized as “odd” last year by then-Senate Judiciary Committee Chairman Chuck Grassley, Rice memorialized the confab in an email to herself describing Obama as starting “the conversation by stressing his continued commitment to ensuring that every aspect of this issue is handled by the Intelligence and law enforcement communities ‘by the book.’”

Rice used the “by the book” phraseology a second time in the same email, writing to herself that the meeting also discussed concerns about sharing intelligence with the incoming Trump administration in light of the Russia probe.

The detail about Biden being present at the meeting with Rice and Comey is newly relevant amid questions about Biden’s possible role in the Russia collusion probe scandal.

It comes after this journalist reported last week that Biden was reportedly one of the few Obama administration officials who participated in secretive meetings during the early stages of the Obama-era intelligence community’s initial operations regarding suspected Russian interference in the 2016 presidential campaign.

That tidbit was contained deep inside a 7,700-plus word Washington Post article published June 23, 2017 in which the newspaper also detailed the highly compartmentalized nature of the original Russia interference investigation and the manner in which other U.S. intelligence agencies were deliberately kept in the dark. Part of the efforts eventually involved unsubstantiated and ultimately discredited charges made by the Christopher Steele dossier that Trump campaign officials were colluding with Russia.

These are just some of the words utilized by former acting FBI director Andrew McCabe when asked during closed door testimony about an email penned by disgraced ex-FBI chief James Comey circulating a draft statement exonerating Hillary Clinton in the private email server case a full two months before the FBI interviewed Clinton and other witnesses in the criminal probe. A transcript of McCabe’s testimony was released three weeks ago by House Judiciary Committee Ranking Member Doug Collins, R-Ga, although the portion in question did not receive media attention.

Documents previously released by the FBI show that Comey on May 2, 2016 sent the email in question to McCabe, FBI general counsel James Baker and chief of staff and senior counselor James Rybicki. Clinton was interviewed by the FBI on June 2, with Comey later testifying that she was not sworn in and that the interview was not recorded.

The Democratic Party’s insistence on “ridiculous” investigations into President Trump and talk from some quarters of the party about impeachment will likely backfire during the 2020 election, posited former Wisconsin Gov. Scott Walker.

“I think it is bad policy and even worse politics,” Walker said of the Democratic Party’s focus on new probes after the collusion narrative collapsed with the release of Robert S. Mueller’s Special Counsel report.

He opined: “The people that hate the president aren’t going to hate him anymore and they are already motivated. We saw it in the 2018 election around the country. Conversely, I think it does two things politically to benefit those of us who are center-right and that is it energizes our base.”

Walked outlined what he said were the two ramifications for the Democrats’ current tactics: “They look at this and say that it is just ridiculous. This is hogwash. This is outrageous and it gets people out of their seats and up and active.

“Secondly, I actually think that it affects the critical swing voters because I think they say, hey this is not what we signed up for people. We want people to actually do things that matter to our families. We are not up for impeachment. We are not up for these ridiculous investigations.”

During the interview, Walker touted Trump’s recognition of Israeli sovereignty over the Golan Heights as critical for the Jewish state’s security and he hailed the president’s decision to move the U.S. embassy to Israel’s capital city of Jerusalem. 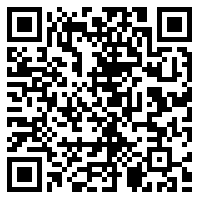