The devotion of Janusz Korczak (born Henryk Goldszmidt) to children during the Holocaust is legendary. After Hitler invaded Poland, Korczak expended superhuman effort to protect his orphanage in the Warsaw Ghetto. When the Nazis served an order to deport the orphanage’s 192 children in 1942, he calmed his charges by singing songs and telling them they were going on a picnic.

The children’s last march – witnessed by many – was led in quiet dignity by their beloved doctor, who carried on his shoulders as many of the sick and weak as he could. Upon reaching the cattle cars waiting to transport the orphans to their deaths, Korczak refused the Nazis’ offer of freedom if he agreed to abandon the children and, instead, was murdered together with them in the ovens of Treblinka.

Korczak (1878-1942) was born into a thoroughly assimilated Warsaw Jewish family and received no Jewish education. He became a pediatrician, educator, renowned children’s advocate, and author (of novels and over 1,000 articles). In his own words, “I am a doctor by training, a pedagogue by chance, a writer by passion, and a psychologist by necessity.”

His social/humanist focus first manifested itself in Children of the Street (1901), which described the plight of homeless orphans in the Warsaw Ghetto. His life’s work became the creation of a better world through children’s education.

After being drafted into the Russian Army and serving as a doctor in the Far East in 1904, where he wrote articles about poor Jewish children, Korczak became head of the new Jewish orphanage in Warsaw in 1912, in which capacity he developed his innovative approach to children’s education and child psychology. He organized his orphanages as “children’s republics” where the children assumed responsibilities; he instituted a children’s court of peers and established a periodical written and edited by the children themselves.

He also fostered an atmosphere of open communication and moral education, defended children’s rights in juvenile courts, and wrote the well-respected How to Love a Child and The Child’s Right to Respect, among other works. His “Declaration of Children’s Rights,” pursuant to which children have a right to love, respect, and optimal nurturing conditions, was later adopted by the United Nations.

Although Korczak was apathetic about traditional religion and did not formally institutionalize Judaism at his orphanages, kashrut was maintained and Jewish holiday observances – including High Holiday services and Chanukah and Purim celebrations – were a natural part of life there. He offered the children the opportunity to study Hebrew and the siddur and set aside a corner at the orphanage specifically for Jewish prayer where, if a child was saying kaddish, Korczak was known to don a yarmulke and recite the prayer along with him.

During a Pesach Seder, he found an innovative way to have some 100 children search for the afikoman by making it a walnut hidden in one of the matzo balls served in the chicken soup. He also arranged for talented musicians to teach Yiddish and Hebrew songs to the children at the orphanage. Nonetheless, he was criticized by some ultra-Orthodox leaders, who characterized him as “too Polish” and objected to his progressive Judaism. 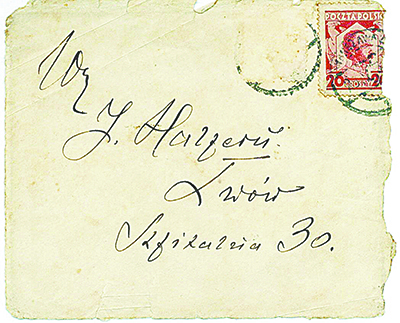 Examples of Korczak’s handwriting are exceedingly rare, in part because virtually all his notebooks, correspondence, and memorabilia were destroyed when the Nazis burned down the Warsaw Ghetto. (The only known surviving papers written by him are some 70 correspondence he sent to former students in Eretz Yisrael, and his diary, which was smuggled out of the Warsaw Ghetto.) In fact, the (unsigned) front panel of a postal cover addressed in Korczak’s hand to “Mr. R. Halperin, Lwow, Szpitalna” exhibited here is the only specimen I have seen in all my decades as a Judaica collector.

Yosef Arnon Halperin, an educator trained by Korczak who later became his assistant, sent this cover and a photocopy of a letter from Korczak to a collector in 1972, noting: “please find herewith…an envelope written and addressed to me by Janusz Korczak to my address in Lvov…” Halperin later served as Chair of the Committee commemorating the centenary of Korczak’s birth.

Korczak’s substantive exposure to the Zionist movement began when he attended the Third Zionist Congress in Basel (1899). He supported the Jewish National Fund, participated in drafting a pro-Zionist resolution in Warsaw issued in honor of a JNF delegation to Poland (1925), distributed a “call to the children of Eretz Yisrael” (October 1926), and was appointed a deputy member of the Polish section of the Jewish Agency (1929).

With the National Socialists’ rise to power and the advent of fascism and open anti-Semitism, Korczak became increasingly interested in Zionism and began to more closely associate with Zionist organizations, particularly the Hechalutz and Kibbutz movements in Eretz Yisrael. 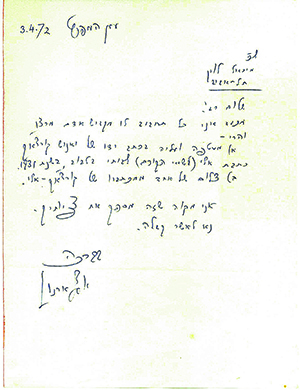 As thoughts of making aliyah began to stir within him, Korczak wrote a January 27, 1928 letter to a friend in Eretz Yisrael stating that “there, everything will be strange and different.” He added: “Torn from the land, we acclimated to a soil of pines, snow and exile – physically and morally. The attempt to tie together two ends of the string that we untied 2,000 years ago is a difficult matter; it will succeed because that is what history demands, but how much effort and suffering.”

A growing number of his orphanage graduates who made aliyah regularly showered him with invitations to come visit them. He ultimately visited Eretz Yisrael twice, first in 1934 for three weeks and later in 1936 for six weeks, displaying interest in the state of education there, particularly the educational successes of the kibbutz movement.

During his trips, he visited former students who had settled in Kibbutz Ein Charod and elsewhere. His travels took him to Haifa, where he visited the Bahai shrine with the children of Ein Charod; to Tiberias, where he met with Christian monks; and to Jerusalem. He was deeply impressed by the accomplishments of the Jews in Eretz Yisrael, seeing it as the only place where children could secure their rights and the respect and recognition they deserve.

Korczak believed fervently that Jews should make aliyah. He wrote lovingly about the land being the abode of G-d, prophets, and dreamers and a place that would continue to play a unique role in human history and hold special meaning for humankind. He depicted the Land of Israel poetically and enthusiastically described his love for the varied landscapes of Eretz Yisrael.

He lamented that his familial ancestors had never spoken of aliyah and, in an emotional letter, wrote proudly about being the first person in his family to visit Eretz Yisrael:

No man, not one of my forefathers, I am the first. I am privileged, I accomplished it. When seeing off the far Haifa coast – the thought pulsed in me. The wish that is recited in the prayer every year, “next year in Jerusalem,” will come true. This is the end of the exile, the return after years of wandering and persecution. I am privileged to have reached it.

However, he also wrote about the heavy ideological burden and other challenges Eretz Yisrael places on its chalutzim (pioneers), including the necessity to learn a foreign language – he knew little Hebrew and was distressed by the very idea that he would be unable to communicate with Israeli children – and what he characterized as the slow transition process from an elderly Diasporan Jew to a citizen of Eretz Yisrael.

He also longed for the children he had left behind in Poland and therefore returned to Poland, albeit with a love for Eretz Yisrael that he carried with him until his death. Upon his return, Korczak resigned as co-director of the Polish orphanage (he continued to be director of the Jewish orphanage) when its board demanded that he admit he was a Zionist (apparently, a serious offense), after which he was stripped of the right to represent children in court.

He planned a third trip to Eretz Yisrael in 1939 and he asked a friend to rent a simple room for him in Jerusalem, where he intended to write a children’s Bible focusing on the childhoods of Biblical figures. In his diary, he wrote of founding a huge orphanage in northern Galilee where he would not miss a single sunrise or sunset and, in a letter to a friend, suggested that he had decided to make aliyah:

After a depression, which lasted two months, I have made one last decision: to spend my remaining years in the Holy Land, as of now, it would seem, in Jerusalem, there to learn the Hebrew language and, after a year, to go to a kibbutz…will I really be able to get straightened out, be born anew, I am not sure…I ask myself: Is it too late?

Throughout his life, Korczak deceived himself into believing it was possible to be both a loyal Pole and a Jew. He fought in four wars on behalf of his beloved Poland and saw himself as a Polish patriot. But when he wrote “the lives of great men are like legends – difficult but beautiful,” he could well have been describing himself. He was never fully comfortable with either his Polish or Jewish identity and could never bridge the chasm between his Jewishness and his passion for Polish culture. The dominant theme of his life was the irreconcilable conflict between his love for Eretz Yisrael and his dedication to his Polish fatherland.

In fact, the great tragedy of his life – besides his murder by the Nazis – was that his humanist philosophy was a failure; that the essence of all his work, which was to bring Jews and non-Jews together, proved futile; and that he lived to witness and experience that stark failure through the Holocaust and the murder of his children by non-Jewish “humanists.”

Although he never made it back to Israel, Korczak’s everlasting legacy in the Jewish state is marked by his heroic status, especially by Jewish children who not only learn about him but are the beneficiaries of his educational legacy. One of the most popular sites in Israel today is Yad Layeled, the children’s museum at the Ghetto Fighters’ house, which is a sanctuary for children to share their feelings about the Holocaust and Korczak.

Although a Polish Korczak Committee became active after 1956 and undertook to publish his works, the Polish government sought to suppress his Jewishness. When the Committee was awarded the Frankfurt Book Fair Peace Prize by the German Booksellers’ and Publishers’ Association in 1972, the Israeli Korczak Committee protested the failure of the citation to mention that Korczak was a Jew.

A monument depicting Korczak by Baruch Saktsier, a Russian immigrant sculptor, was unveiled in the Memorial Garden in Yad Vashem and dedicated to Jewish children who perished in the Holocaust, and UNESCO declared 1978-79 the Year of Janusz Korczak, to coincide with the Year of the Child and the centenary of his birth. 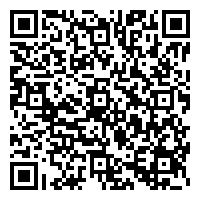