Rep. Alexandria Ocasio-Cortez has been utilizing President Trump’s announced two-week delay in the planned mass roundup of illegal immigrants to help those immigrants prepare for raids by Immigration and Customs Enforcement (ICE).


A mass email sent out on Saturday by Ocasio-Cortez’s campaign and signed “AOC Team” reads: “We need your help. Just a few minutes ago, the Trump Administration announced that they would delay their nationwide ICE raids for two weeks – but that does not absolve us of our obligation to help our neighbors.”

The email suggests those who “think that you might be likely to interact with ICE” should print out and hang in their homes a poster available in 17 languages that lists recommendations on how to respond to ICE raids, including:

The download provides a form, containing a list of questions, with which to document what ICE agents did during any arrests.

The poster linked in Ocasio-Cortez’s email is sponsored by the Immigrant Defense Project, or IDP, which has been funded by George Soros’s Open Society Foundations.

The material lists IDP’s contact information for reporting ICE raids within New York. Those outside New York are asked to call the radical immigration group United We Dream, whose website lists Soros’s Open Society as a “funding partner.”

The IDP poster says it was written “with legal support of the Center for Constitutional Rights.” The Center also receives Soros funding.

Some nations that have been reluctant to finger Iran for alleged attacks on oil tankers and other acts of escalation may be motivated by their own financial interests, including billions in deals with Tehran, this reporter argued.

Speaking on Israel’s i24News, I was asked about German Foreign Minister Heiko Maas’s request earlier this week for more information from the U.S. linking Iran to attacks on two oil tankers in the Gulf of Oman. Maas said a video touted by Secretary of State Mike Pompeo was “not enough.”

Pompeo countered that “the German foreign minister has seen a great deal more than just that video” and “he will continue to see more.” Japan and the European Union each initially asked for more evidence.

I explained that these nations’ motivations should be questioned, that some U.S. allies may be taking a more cautious approach since they “have their own interests when it comes to finances and different deals with Iran.”

“I think you do have to question the motivations of some of those countries. Germany has billions and billions of dollars at stake here. The European Union also. Many EU states have a lot financially to gain from the international nuclear accord with Iran. So questions need to be asked.

“By the way Germany also refuses to call Hezbollah – which is outright a terrorist organization – they refused to name them a terror group. Japan here, an ally of the United States but they are also involved in brokering the international nuclear accord and a possible update to it. So I think they sort of want to tow the line of not coming out and saying that Iran is behind this for their own reason. They want to stay neutral. So a lot of questions need to be asked to here; there are interests. But to trust Iran with zero credibility is at this point dangerous.”

Who Is Behind CrowdStrike?

The Obama-era intelligence community relied on three redacted reports marked as drafts from the private firm CrowdStrike to reach its conclusion that Russian agents hacked the servers of the Democratic National Committee, according to a U.S. government filing.

The U.S. government further admitted that it does not possess the un-redacted CrowdStrike reports about what allegedly happened to the DNC servers and that it relied upon DNC lawyers to generally characterize what was in the redacted sections.

These stunning admissions were contained in a U.S. government court response to a motion filed by attorneys for former Trump confidante Roger Stone, seeking to compel the government to release un-redacted CrowdStrike reports about the alleged hacks – reports the government now admits it doesn’t possess.

The DNC famously refused to allow the FBI to access its server to verify the allegation that Russia carried out a hack during the 2016 presidential campaign. Instead, the DNC reached an arrangement with the FBI in which a third party company, CrowdStrike, conducted forensics on the server and shared details with the FBI.

As this reporter previously documented, CrowdStrike was financed to the tune of $100 million via a funding drive by Google Capital.

Google Capital, which now goes by the name of CapitalG, is an arm of Alphabet Inc., Google’s parent company. Eric Schmidt, the executive chairman of Alphabet, has been a staunch and active supporter of Hillary Clinton and is a longtime donor to the Democratic Party.

It was previously reported that Perkins Coie, the law firm that represented the DNC and Clinton’s campaign, helped draft CrowdStrike to aid with the DNC’s allegedly hacked server. 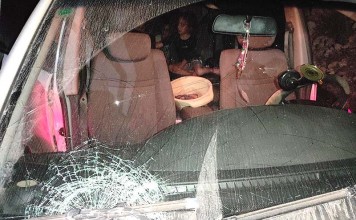 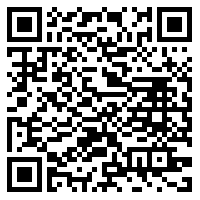