The Palestinian Authority received a pledge from the U.S. that by the end of 2014 the Obama administration will issue an official written declaration with general highlights of a future Palestinian state, a senior Palestinian negotiator told KleinOnline.

The negotiator further said the goal is to have the general framework for a deal ironed out by April.

The current framework for an Israeli-Palestinian agreement being brokered by Secretary of State John Kerry calls for the phased implementation of more Palestinian sovereignty within three to five years, the negotiator said.

As part of the written declaration, the U.S. is set to officially recognize Palestinian rights in eastern sections of Jerusalem, without defining the exact territories that it sees eventually being handed to the PA.

The U.S. will declare on paper that the Jordan Valley territory is “occupied” by Israel, and that Palestinians have rights there, the negotiator said.

Kerry is currently discussing a proposal whereby Israel will lease some of the Jordan Valley from the PA so some Israeli communities in the area can stay, said the negotiator.

The written framework will also declare the West Bank “occupied,” according to the negotiator.

In a staggering yet largely unreported detail about the Benghazi attack, which left four Americans dead, it has been confirmed that the State Department denied a request four months before the assault for the continued use of an aircraft to move personnel and security equipment.

Such an aircraft could have aided in the evacuation of the victims after the Sept. 11, 2012, attack.

Ultimately, the U.S. Special Mission had to wait for a Libyan C-130 transport cargo aircraft and other planes to be secured to move the victims from Benghazi to Tripoli and then from Tripoli to Western hospitals.

The latest report by Republicans on the House Foreign Affairs Committee relates that on May 3, 2012, State Department Undersecretary Patrick Kennedy “terminated Embassy Tripoli’s use of a DC-3 aircraft that provided logistical support to the SST.”

The SST refers to the Security Support Teams, special forces trained for counterattacks on U.S. embassies or threats against diplomatic personnel.

According to The Aviationist magazine, the Dos Wing DC-3 aircraft “provides a wide variety of missions, including reconnaissance and surveillance operations, command and control for counter-narcotics operations, interdiction operations, logistical support, Medical Evacuation (MEDEVAC), personnel and cargo movement by air…”

The House report states that “in a meeting with congressional staff shortly after the Benghazi attacks, Lt. Col. (Andrew) Wood called the DC-3 vital to moving sensitive personnel and equipment to and from Benghazi and Tripoli.”

Wood, a former Special Forces member from the Utah National Guard, testified to the House about the Benghazi attack.

The State Department’s Accountability Review Board, or ARB, report into Benghazi doesn’t once mention the cancellation of the DC-3 aircraft.

The ARB report does detail how evacuees, including victims of the attack, waited for several aircraft to be procured to aid in the evacuation of Benghazi following the attacks.

Meanwhile, the DC-3 was recalled from Benghazi along with another staggering security decision by Department Undersecretary Kennedy. The House report relates Kennedy in July 2012 rejected the U.S. military’s 16-member Security Support Team, or SST, “despite compelling requests from personnel in Libya that the team be allowed to stay.” It was that SST that required use of the DC-3 aircraft.

Eric Allan Nordstrom, regional security officer at the U.S. Embassy in Tripoli, told House Republicans that “retaining the SST until other security resources became available was a – primary issue for him,” the House report states. 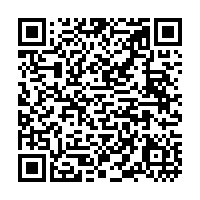