A comparison of U.S. statements in recent days regarding violence in the Mideast reveals the State Department painting a quick picture of sympathy for Palestinian youths, while not offering Israeli youths the same consideration.


Secretary of State John Kerry’s statement condemning the kidnapping of three Israeli teenagers last month originally omitted the fact that one of those abducted was an American citizen, a fact that would have likely garnered increased attention in the U.S.

“The United States strongly condemns the kidnapping of three Israeli teenagers and calls for their immediate release,” read Kerry’s official statement, put out three days after the kidnapping. “Our thoughts and prayers are with their families.”

According to news media reports, the U.S. Embassy in Tel Aviv was immediately briefed that one of the three teens was Naftali Frankel, 16, a dual Israeli-American citizen whose parents live in the central Israeli town of Nof Ayalon.

Last week, after the bodies of the three were found following an 18-day search, Kerry released another statement finally mentioning that Frankel was an American.

The State Department had faced some criticism in Israel for not mentioning Frankel’s American nationality sooner.

Last Wednesday, while details of the murder were still sketchy, Kerry stated, “There are no words to convey adequately our condolences to the Palestinian people.”

His statement further condemned “in the strongest possible terms the despicable and senseless abduction and murder of Muhammad Hussein Abu Khdeir. It is sickening to think of an innocent 17-year-old boy snatched off the streets and his life stolen from him and his family.”

In the case of the murder of Khdeir, Kerry’s “no words” phraseology was directed at condolences to the Palestinian people. He used the “no words” rhetoric last week about the murder of the three Israeli teens, except in that case the words were directed at “every person of conscience.”

He stated, “As a father, there are no words to describe the shocking loss every person of conscience feels. This was a despicable act of terrorism. We mourn together with the citizens of Israel.”

Terror Groups In Gaza Hope To Unite Under ISIS

There is an attempt by jihadist organizations in the Gaza Strip to unite under the common banner of the Al Qaeda-inspired Islamic State in Iraq and Syria, according to informed Middle Eastern security officials.

Contacted by KleinOnline, Abu Saqer, one of the top leaders of Jihadiya Salafiya, which represents Al Qaeda ideology in the Gaza Strip, confirmed the attempt to organize various jihad groups to fight Israel under the ISIS umbrella.

Saqer claimed there is also an effort to recruit jihadists to ISIS from inside the West Bank, particularly in the Hebron region.

While the exact nature of the ISIS presence in Gaza remains unclear, the group’s flags were seen flying at a funeral this past Sunday for two terrorists eliminated in an Israel Air Force strike last Friday, Israel’s daily Maariv newspaper reported. The terrorists’ coffins were reportedly also draped in ISIS flags.

The Israel Defense Forces said the two terrorists belonged to the Salah e-Din Brigades of the Popular Front group. 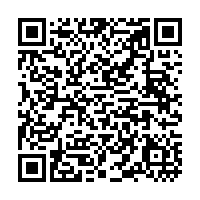