Minister for Strategic Affairs Yuval Steinitz warned Wednesday that the campaign against Hamas would not be short, and added that chances are growing that the army will send ground troops into the Gaza Strip to reign in the rocket fire.

Speaking to Israel Radio, Steinitz said “at some point in the future Israel will have no choice but to re-conquer the entire Strip for a period of time. We cannot reconcile ourselves to a terror army armed with thousands of rockets on our borders.” 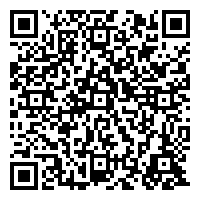