The State Department called the new housing plan “damaging and inconsistent” with Israel’s commitment to create a future Palestinian state.

Arab construction on Jewish-owned land has been occurring in such places as the northern Jerusalem neighborhoods of Kfar Akeb, Qalandiya, and Samir Amis, which are close to the Jewish neighborhoods of Neve Yaacov and Pisgat Zeev.

Kfar Akeb, Qalandiya, and Samir Amis are located entirely within the Jerusalem municipality. The lands were purchased on behalf of the Jewish National Fund using Jewish donations in the early 1900s, immediately after the organization was founded in 1901 with the specific charge of purchasing and developing the land of Israel for Jewish settlement.

According to officials in Israel’s Housing Ministry, Arabs first constructed facilities illegally in Qalandiya and Kfar Akev between 1948 and 1967, prior to the 1967 Six-Day War during which Israel retook control of the entire city of Jerusalem.

Qalandiya, still owned by JNF, came under the management of the Israeli government’s Land Authority in the late 1960s. Ministry officials say the bulk of illegal Arab construction in Qalandiya took place in the past 20 years, with construction of several new Arab apartment complexes taking place in just the past few years.

A visit to the Jerusalem neighborhoods found some surprising developments. Official PA logos and placards abound on the Jewish-owned lands, including one glaring red street sign at the entrance to the neighborhoods warning Israelis to keep out.

Another official sign, in Kfar Akeb in Jerusalem, reads in English, “Ramallah-Jerusalem Road. This project is a gift form (sic) the American people to the Palestinian people in cooperation with the Palestinian Authority and PECDAR. 2007.”

The sign bears the emblems of the American and PA governments and of the U.S. Agency for International Development, or USAID. The displays were not present during a previous WorldNetDaily tour of the neighborhoods in 2006.

Some local schools in the Jerusalem neighborhoods are officially run by the PA – some in conjunction with the UN – with many teachers drawing PA salaries.

Don’t Like The Numbers? Come Up With Your Own

While his state’s economy was crashing and businesses were fleeing in droves, Martin O’Malley, governor of Maryland from 2007 until earlier this year, introduced a new system to measure economic growth which unsurprisingly had him doing a good job as governor.

O’Malley aimed for the new system, termed the Genuine Progress Indicator, or GPI, to eventually replace the gross domestic product, or GDP, used as a national indicator of economic health. The GPI touts itself as measuring “well-being” instead of only wealth.

O’Malley, a Democrat, is widely expected to announce a 2016 presidential bid.

Between 2007 and 2010, the state population lost major businesses while more than 31,000 people departed for other states, resulting in $1.7 billion in lost tax revenue. Maryland boasted the second-highest foreclosure rate in the nation during O’Malley’s final year in office.

And yet, year after year, O’Malley’s GPI indicator found Maryland was doing better and better. In January, just prior to his leaving office, O’Malley released the latest GPI results, which found, according to a press release from his office, that “new data shows well-being in Maryland on the rise.” 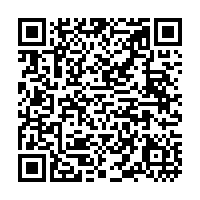