This reporter conducted a pre-recorded interview with Abu Al-Ayna al-Ansari, a leader of a Salafi group in the Gaza Strip that is allied with Islamic State ideology. Al-Ansari’s organization has been battling Hamas for influence in Gaza.

During the interview, Al-Ansari issued direct threats against Geller that needed to be edited out. The threats came when Al-Ansari was asked about ISIS intentions inside the United States.

The portion of Al-Ansari’s response that did air included Al-Ansari declaring that ISIS will not stop until its flag is raised over the White House. “I call you to follow Islam,” he continued, “and I call you not to confront the Muslims because there is no choice but to see Islam ruling all around the world.”

The crux of the interview focused on the internal battle between Hamas and Salafist groups in Gaza.

Al-Ansari said Salafists will “confront Hamas until Hamas understands we are not mercenaries.”

Al-Ansari was asked whether his goal is the destruction of Israel. The jihadist’s reply to that was surprising.

Al-Ansari stated, “Our conflict is not an Israeli-Arab conflict. Our struggle is not for a Palestinian state.”

Traveling through the T. F. Green Airport of Providence, Rhode Island? If you are, the Department of Homeland Security may be “inadvertently” filming you as part of a project to sniff out behavioral indicators of “malicious intent.” In other words, the DHS wants to use video images of passengers to predict crimes.

On Tuesday, the DHS quietly released a “privacy impact assessment” online that provides legal justification for an ongoing experiment it is calling “Data Collection for the Centralized Hostile Intent Project.”

The 14-page document, reviewed in full by KleinOnline, reveals that the DHS’s Science and Technology Directorate will conduct an exercise at the Providence airport at an undisclosed date.

The DHS is planning to collect video images at designated areas throughout the airport, including at TSA security checkpoints, ticket counters, baggage claim and the airport entrance.

Besides testing to see if DHS agents can detect “hostile intent” from video images as opposed to in-person observation, the videos will also be used to see if computers can successfully be integrated for automated hostile intent detection and tracking.

Is Russia Backing Away From Syria?

Amid reports of Russia scaling back military support for the Syrian regime, Moscow has responded to an Iranian request to re-establish assistance, with Russian experts traveling to Damascus to advise the embattled regime regarding strategy for counterattacks, informed Middle East defense officials said.

According to the Arabic newspaper, Russian technicians also ceased upholding an agreement with Bashar al-Assad’s regime to help maintain the country’s fleet of Russian-made Sukhoi aircraft, which have been central to Syria’s war against the rebels seeking to depose the regime. 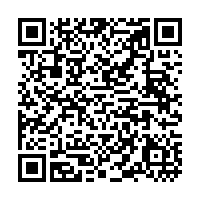