Was It Just Mental illness?

A careful review of last Friday’s shooting incident on Dizengoff Street in Tel Aviv raises significant questions about organizational terrorist involvement in the assault. At first glance, it’s easy to dismiss the perpetrator as a deranged individual acting on his own, but the information currently available points to more.

The terrorist was identified as Nashat Milhem, a 29-year-old Israeli Arab resident of Arara, a village in the Wadi Ara in northern Israel. Milhem was jailed for five years for a 2007 attack on an Israeli soldier in which he attempted to grab the soldier’s rifle after assaulting the victim with a screwdriver.

Israel’s Ynetnews website reported that Milhem was suffering from seeming emotional problems. However, Milhem himself reportedly admitted that his motivation for the 2007 attack was to avenge the death of his cousin, who was killed during a police raid in 2006 and was found to be illegally storing weapons.

And Milhem’s cool behavior before and during his latest attack may indicate some level of military training, or at least preparedness for the assault. Mental instability does not explain his behavior. Milhem was able to obtain a firearm and ammunition, arrive at the target, calmly stake out the scene of the attack, shoot up a chaotic café without panicking, and then escape a major police dragnet.

It is instructive to note that a Koran was also reportedly found in Milhem’s backpack, possibly evidencing Islamic motivation and not merely mental illness.

Christians Under Siege In Nazareth

Christians in Nazareth, already victims of nearly institutionalized Muslim intimidation, need to contend with yet another extremist threat.

The Shin Bet said that during interrogations “it emerged that, in the past year, the youths obtained firearms and trained with them, while becoming more devout during meetings they held. They expressed support for ISIS [Islamic State], and praised the jihad against infidels.”

The trend in Nazareth, considered one of the holiest cities for Christians, was spotlighted by the Daily Beast on Tuesday in a piece titled, “ISIS of Nazareth: Terror Group Arrives in Jesus’s Hometown.”

Christians once made up the majority of Nazareth’s population.  But the now Muslim majority has created a hostile environment for Christians. The Jerusalem Post in 2011 reported on a sign greeting those entering the city that read: “And whoever seeks a religion other than Islam, it will never be accepted of him, and in the Hereafter he will be one of the losers.”

In 2014, another billboard quoted a Koranic verse which read:

“O people of the Scripture (Christians)! Do not exceed the limits of your religion. Say nothing but the truth about Allah (The One True God). The Christ Jesus, Son of Mary, was only a Messenger of God and His word conveyed to Mary and a spirit created by Him. So believe in God and His messengers and do not say: ‘Three gods (trinity).’ Cease! It will be better for you. Indeed, Allah is the One and the Only God. His Holiness is far above having a son.”

In 2007, this reporter attended a militant march in Nazareth organized by the city’s Islamic Movement, now a dominant political party there.

“Hundreds of activists strutted screaming Islamist epithets, including ‘Islam is the only truth’ and ‘Islam shall rule all.’ 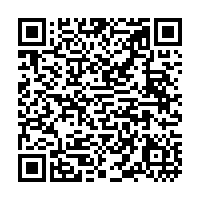