We express our thanks to the detectives of Brooklyn’s 66th Precinct and Brooklyn DA Kenneth Thompson for their efforts in solving and prosecuting the savage beating and mugging of a 55-year-old Jewish man last week. Within 48 hours of the crime, 17-year-old Eldin Sabovic and 19-year-old Baskin Huseinovic were arrested and charged with the crime.

DA Thompson confirmed the arrests and declared that “We will now fully prosecute those defendants under the law.”

We long have felt that effective deterrence against crime is more a function of certainty of apprehension and prosecution than an ever-expanding number of laws on the books. In this case, the quick response of law enforcement drove the point home that if you do the crime, you’d better be prepared to do the time.

Police officials have preliminarily concluded that even though the victim was wearing a yarmulke at the time of the attack, it was not a hate crime. Maybe, but we note that at least one of the suspects has a Muslim-sounding name and much of the pummeling was administered to the victim after he was on the ground and, from surveillance tapes released by the Shomrim Brooklyn South volunteer neighborhood patrol, seems to have been wholly gratuitous.

We hope DA Thompson’s comments indicate he will not dismiss out of hand the possibility that this crime was more than a robbery, albeit a vicious one. 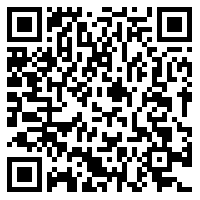