While Aref Assaf, President of the Arab American Forum in Paterson, New Jersey, might be forgiven for condemning my daughter’s service in the Israeli army, nothing can explain his defense of Congressman Bill Pascrell’s silence on the mass slaughter of Arabs in Syria (NJ Jewish Standard, 20 July, 2012). It is shocking that a man who purports to be an Arab leader can say that thousands of Arab children being shot in the head by Bashar Assad’s butchers does not matter to him or Arab Americans as much as domestic issues. Assaf should either repudiate his comments or resign his position.

And just think of the hypocrisy. Assaf says that Israel killed his young brother in the 1967 war. I am very sorry for the tragic loss of a precious life as it sounds like he was the innocent casualty of a large Middle East conflict initiated by Israel’s Arab neighbors whose stated intention it was to wipe Israel off the map. Whatever our differences, my heart goes out to Assaf and his family for this sorrowful death. Every child’s life is of infinite value, Arab and Jew alike. And this is exactly why we have to hold mass murderers in the Middle East accountable.


Saddam Hussein killed more Arabs than any man who ever lived — 800,000 by the New York Times own account (January, 2003). Pascrell voted against the removal of Saddam, which would have left him in power to kill thousands more Arabs. Yet Pascrell remains a hero to Assaf.

Assaf’s defense of Pascrell’s refusal to give one speech from the floor of the House condemning the wholesale murder of approximately 30,000 Arabs in Syria should make us question whether his criticisms of Israel are motivated by a desire to stand up for Arab life or simple hatred for the Jewish state.

It isn’t as if Congressman Pascrell hasn’t had the opportunity to address the slaughter in Syria. Over the past few years, Pascrell has found the time to sponsor legislation on recycling plastic, to reduce tax on pickled pepper, and to commend New Jersey Devils goalie Martin Brodeur with an official Congressional proclamation. But in all that time, he has not found even a moment to address, from the floor of the most powerful assemblage of elected representatives on earth, the bombings of Arab civilians under Kaddafi in Libya, the murder of unarmed protesters in Tahrir Square in Cairo, or the murderous Assad regime for killing tens of thousands in Syria.

About ten years ago a friend of mine named David Suissa showed me a campaign he wished to launch called Free the 400 Million, which focused on the liberation of Arab masses from the tyranny under which they lived throughout the Middle East. Suissa’s idea presaged the breakout of freedom in Arab lands that we now call the Arab spring. As someone who believes that America is the light of freedom to the world, I was greatly inspired by his idea and started writing columns and participating in debates aimed at highlighting the oppression of Arabs under unelected dictatorships throughout the Middle East.

In the midst of this campaign, as providence would have it, Muamar Kaddafi tried to move into the home immediately next door to me in Englewood, New Jersey. I brought together, on my front lawn, Governor Jon Corzine, Senator Frank Lautenberg, and Congressman Steve Rothman – all Democrats – to push the murderer out of our midst. We succeeded and the tyrant was prevented from crossing the George Washington Bridge into New Jersey from his Ambassador’s residence at the United Nations. Congressman Bill Pascrell, representing one of the largest Arab American populations in the country, was noticeably absent.

Pascrell, who signed the Gaza 54 letter falsely accusing Israel of denying essential food and medicine to Palestinians in Gaza, is hailed by Arab leaders like Aref Assaf for championing the Arab cause. But you are not Pro-Arab simply because you condemn Israel. You are Pro-Arab when you advocate that the 400 million Arabs of the Middle East enjoy the same political freedoms and human rights that we enjoy here in the United States.

During the Democratic primary Assaf famously said of Pascrell’s opponent, Jewish Congressman Steve Rothman and his many pro-Israel supporters, “Rothman is Israel’s man in District 9… As total and blind support for Israel becomes the only reason for choosing Rothman, voters who do not view the elections in this prism will need to take notice. Loyalty to a foreign flag is not loyalty to America’s.” 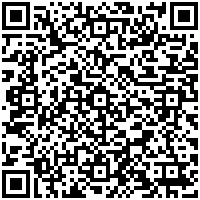