Did General Petraeus have to resign? He opened himself as head of the CIA to blackmail, which is a major security breach. So the argument goes. But surely once he admitted the affair, he presumably couldn’t be blackmailed any more. And yes I know there are many facts as yet unknown, like this mystery second woman who complained about email harassment. But for now, Petraeus seems to have resigned over marital infidelity. And if so, did he have to leave his position? Why, because he displayed personal weakness? But this was a public, as opposed to a private, position. And years of counseling unfaithful husbands and wives has taught me that private failings do not necessarily indicate public faithlessness.

Those who say that a man who cheats on his wife will cheat on the country forget how many privately moral men have been publicly immoral, and vice versa. As an example, there was never a suggestion that Richard Nixon even looked at a woman that wasn’t his wife. Neither did Jimmy Carter, and he was the worst president in memory. Conversely, my issue with Bill Clinton’s presidency was not Monica Lewinsky, which does not interest me in the slightest, but rather his moral failure to stop the Rwandan Genocide, which is utterly unconnected with his marriage. Thomas Jefferson was one of the great public men of the past thousand years, but he was replete with private moral failings, as was FDR, JFK, and LBJ.

It is my own opinion that an American hero like David Petraeus who served his country with distinction and honor deserved better than to leave his post in humiliation and ignominy, even if his own immoral actions brought it upon himself.

A few weeks ago, at the height of my campaign for Congress, a fellow Republican candidate got into hot water locally for comments she made about Martin Luther King whom she criticized a few years back as a womanizer. Two days later I gave a speech in which I explained that Christian morality demands perfection because Jesus is perfect. But Jewish morality is based on the idea of struggle, that people are human, have many failings, and their righteousness rests in the courage they show in wrestling with their nature to choose the good amid a predilection to do otherwise. Not one person in the Hebrew Bible is perfect. That and the Jewish emphasis of communal redemption over personal salvation – that what we do for others matters more than how personally virtuous we are – would have us acknowledge Martin Luther King as the greatest American of the twentieth century despite his personal failings. No other American did more to restore this great nation to its founding ideals of the equality of all of G-d’s children than King.

Similarly, few men have done more to combat terrorism and save human life in our generation than Petraeus. As the author of America’s counterinsurgency strategy in Iraq and commander of the surge, he took a war being waged by terrorists that was claiming the lives of thousands of civilians, and humiliating the world’s foremost force for good in the world, the American military, and reversed the situation. As someone who proved that terrorism could be defeated when so many Americans had given up, he is owed a debt of gratitude by this and every other civilized nation.

Still, there are important lessons from the Petraeus tragedy.

The first is the admonition of the ancient Rabbis’ on the need for a certain alertness in even the everyday interactions between men and women, a notion that is scoffed at in modern society that wants to pretend men and women have melded into some sort of unisex gender. In an interview with Jon Stewart of The Daily Show this past January, Petraeus’s biographer and the woman he is alleged to have had the affair with, Paula Broadwell, said that the general had helped her in what she described as a mentoring relationship and that, given their shared passion for fitness, he took her running from time to time in Kabul. “That was the foundation of our relationship. For him, I think it was a good distraction from the war.”

Now, take a soldier who is away from his wife for lengthy periods of time, put him around an adoring female fellow member of the military for long stretches, and you have a potential problem. The same seems to have allegedly been the case with Supreme Allied Commander Dwight Eisenhower and his British driver Kate Summersby during the Second World War. Men and women can, of course, be friends. But that presupposes they respect the natural attraction that adheres in most situations and safeguard against conditions that foster inappropriate intimacy. As the sage Hillel said, “Do not believe in yourself until the day you die.”

Then there is this: having counseled many men who were unfaithful to their wives, I discovered that the principal reason men cheat is the desire to be desired, to feel special and extraordinary, to counter the effects of a broken ego and low self-esteem by feeling wanted, especially by an admiring woman. How would this apply in the case of someone like Petraeus who was so universally admired? I’m not sure and it might not.

But all the biography now appearing about the General says he has always been driven, always been highly ambitious, and more often than not, ambition is fueled by the need and desire to prove oneself. The New York Times reported that Petraeus wanted to be Chairman of the Joint Chiefs of Staff but the Obama Administration, afraid of a high profile rival, pushed him in the direction of the CIA posting, with the concomitant lower, more secretive profile that was out of the press limelight. The same New York Times says that the affair began in earnest after he had taken his new posting. Did he miss the public acclaim? Did he begin to feel somewhat overlooked amid the immense power of his lower-profile role? Again, this is all mere speculation.

But the lesson for the rest of us mere mortals is that if someone of such iron discipline as General Petraeus can err this big, we all need to be on our guard – men and women alike – to get ego boosts from those things which are wholesome, holy, and healthy, rather than what is harmful, however hot. 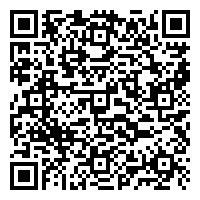