On Tuesday night I was blessed to win the Republican primary in New Jersey’s Ninth Congressional District and will face Congressman Bill Pascrell in the general election in the fall. As fortune would have it I was in Israel on the day of the primary, for the wedding of my wife’s sister. The following morning I met privately with Prime Minister Benjamin Netanyahu and his senior adviser Ron Dermer at the Prime Minister’s office. Ron was one of my closest students and friends when I was the Rabbi at Oxford University and is today regarded by many as the single sharpest mind on the Middle East. Prime Minister Netanyahu and I reminisced about his two visits to the University of Oxford where I hosted and he addressed thousands of students and where he mesmerized even his detractors in masterful defenses of Israel. We also spoke about his father, Benzion, who passed away last month at age 102 and whom I had befriended after a series of lectures we hosted where the great man discussed his opus on the Spanish Inquisition.

From there the conversation with the Prime Minister turned rapidly to a survey of some of the world’s most pressing issues, from the existential threat Israel faces from Iran, to developments of the Arab spring, to the humanitarian crisis in Syria created by Assad’s brutal slaughter of his own people. We discussed whether Israel could absorb some of the Arab refugees from Syria, and the enormous challenges a small country like Israel already faces in its existing obligations in taking in refugees from dangerous spots all over the world. The key to the refugee issue was stopping Assad’s brutality so that innocent Syrians did not have to flee their own government.


I brought my daughter Chana, who is a soldier in the Israeli army, to the meeting and the Prime Minister welcomed her warmly. My wife and I are immensely proud of our daughter’s service in the Israel Defense Forces. There have been well-circulated press reports of how my upcoming opponent, Bill Pascrell, had refused to repudiate some Arab-American supporters who had accused Congressman Steve Rothman – the opponent whom Pascrell recently defeated – of dual loyalties over his support of Israel. In particular Aref Assaf, president of the American Arab Forum, had written an op-ed in the New Jersey Star-Ledger titled “Rothman is Israel’s man in District 9” where he asserted that “as total and blind support for Israel becomes the only reason for choosing Rothman, voters who do not view the elections in this prism will need to take notice. Loyalty to a foreign flag is not loyalty to America’s.”

With Rothman being accused of dual loyalties simply over a pro-Israel voting record in government, what could I, who has a daughter serving in Israel’s military, expect from these same opponents? What charges would they lodge against me? How ugly would the attacks be?

The Prime Minister looked at me solemnly and said, “Tell them your daughter is not only fighting to protect Israel. She’s fighting to protect America. Israel is the front line in the war for freedom.” Indeed. Israel, an America-style democracy in the world’s most dangerous region, seeks to live free amid being surrounded by an ocean of tyranny. And young Jewish men and women are prepared to fight so that a tiny country built around America’s ideas of freedom of religious practice, freedom of press, respect for women, and economic opportunity can succeed in the world’s most dangerous region.

I reminded the Prime Minister that about twenty years ago, as he was walking into the Oxford Union for his second address, a student officer said that in the introduction the Union would omit to the Prime Minister’s distinguished military service in the IDF so as not to offend students. Bibi responded that if his military service were deliberately omitted he would not speak. “I was involved in many anti-terrorists actions that preserved innocent life. I am proud of my military service however much my country is maligned.”

Ironically, Congressman Rothman was the man who nominated my 19-y ear-old son, Mendy to West Point, after he had triple qualified for the United States military academy. But Mendy has a beard and right now that’s not permitted in the military. We’ll see how his application proceeds in the future, as my son wishes to serve his country. But how amazing it is to have nations like the United States and Israel where armies are employed to protect innocent life rather than suppress innocent citizens who simply yearn to be free. 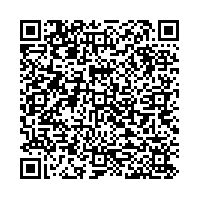