No one refutes the Torah greatness of the Ramban. He established that the mitzvah of living in the Land of Israel is commandment of the Torah. An Orthodox Jew who doesn’t live in the Land of Israel is like an Orthodox Jew who doesn’t put on tefillin, or an Orthodox Jew who doesn’t keep Shabbat, or like a Frum Jew who doesn’t keep kosher or study Torah. True, if a person wants to fulfill a positive commandment of the Torah, but is prevented against his will, his inability to perform the mitzvah is not considered a transgression. For example, if a man travels to some faraway island where his tefillin are stolen, and there is no other set of tefillin around, then his not putting on tefillin is not held against him. Likewise, if a person wants to live in Israel but is unable to because of circumstances beyond his control, then he or she is freed from the obligation as long as that preventing circumstance lasts. But if he or she could make aliyah and doesn’t, then that person is transgressing a positive commandment of the Torah.

Which bring us to another must book which belongs in every home library: The Jewish Idea, the opus, two-volume work of Rabbi Meir Kahane, in which he clarifies the foundations of Torah.


In addition to his path-breaking struggle on behalf of Soviet Jewry, his unparalleled and fearless activism and total self-sacrifice on behalf of the Jewish Nation and Eretz Yisrael, and his bringing myriads of Jews to Torah Judaism and a new spirit of Jewish pride, Rabbi Kahane was a Torah scholar par excellence, whose banner was TRUTH, the whole TRUTH and nothing but the TRUTH.

For any reader who may be confused about the obligation to live in the Land of Israel, this sweeping halachic and Talmudic overview of Rabbi Kahane will surely put all uncertainty to rest. Because of its vital importance to each and every Jew, we will be presenting it in two installments.

From The Jewish Idea, Volume 2

LIVING IN ERETZ YISRAEL is a mitzvah de’oraita – a mitzvah commanded by the Torah itself. Not only that, but it carries equal weight to all the other mitzvot combined. In fact, it supersedes them in importance, because all of them are dependent upon it, since we are commanded to perform all the commandments there, in the Land of Israel.

Regarding this verse our Sages said (Sifri, Re’ei, 80):

“You shall expel them”: R. Yehudah ben Beterah and R. Matia ben Cheresh and R. Chanina ben Achi and R. Yehoshua and R. Yonatan were leaving the Land, and they arrived at Paltum and they remembered Eretz Yisrael. Their eyes brimmed over and their tears poured forth, and they tore their garments and they recited this verse: “You shall inherit it [the Land] and dwell therein, and you shall carefully keep all the laws” (Deut. 11:31-32). They returned to their place and they said, “Living in Eretz Yisrael equals the combined weight of all the mitzvot in the Torah.”

“A person should live in Eretz Yisrael, even in a city whose majority is idolaters, and not outside the Land, even in a city that is entirely Jewish. This teaches that living in Eretz Yisrael is of equal weight to all the mitzvot of the Torah combined. If someone is buried in Eretz Yisrael, it is as though he is buried under the altar. One should not leave Eretz Yisrael unless the cost of wheat rises to two se’ah for a sela. Rabbi Shimon said, “This refers to where one lacks the wherewithal to buy it, but if he has the wherewithal, then even if it is one se’ah for a sela, he should not leave.” 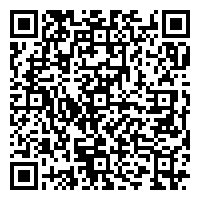