In an episode right out of the Sopranos, two Rabbis have been arrested by the FBI for allegedly running a mafia-like scheme to beat up husbands who refuse to give their wives a get (Jewish divorce). The Rabbis were particularly creative in the alleged torture they used. If you thought circumcision was tough, try a cattle prod to the genitals. As Rabbi Mendel Epstein allegedly said in a wiretap, “We take an electric cattle prod … You put it in certain parts of his body and in one minute the guy will know.”

It’s safe to assume that an electric shock to places where the sun don’t shine will get a man to sign just about anything, from a bill of divorce to the whereabouts of Jimmy Hoffa’s remains.

But far from being comedic, the story of the Rabbis-who-brutalize-husbands-who-chain-their-wives in marriage has been extremely damaging here in the United States, and not just because these Rabbis come across as criminal and crazy. Rather, the infusion of money into the story – with $10,000 allegedly being necessary to obtain a Jewish court’s approval and another $50,000 for muscle to beat up the spouse – has made the whole thing sound like a money-making racket.

Now, that may not be fair to the Rabbis involved whose intentions might be noble. But even the desire to help a chained wife does not justify violence and breaking the law. We Rabbis, at most, use our hands to gesticulate during speeches. Not to beat people up.

And yet, the chained wife remains one of the most vexing problems in organized Jewish life. So let’s examine the possible remedies.

Firstly, it is a husband who, in Jewish law, grants a divorce because, as in marriage itself, it reflects the natural gravitation of the masculine to the feminine. It is still men who ask wives to marry them and it is men who must grant the divorce. But we Jews are not Catholics. We allow not just the annulment of marriages but actual divorce. Marriage is not a prison sentence and noone should be incarcerated in a loveless or abusive relationship.

Jewish courts are meant to protect the interests of a woman by pressuring a husband to grant a divorce when a wife wants out. If counseling has failed and the marriage cannot be retrieved, we don’t force a wife into a cell called matrimony.

And here is where the system has failed. In Israel, where Jewish and secular law can intersect, it’s easy to throw a recalcitrant husband in jail for refusing to grant a get. Here in the United States it’s much more challenging.

Still, there are plenty of remedies open to our community that mystifyingly have not been fully embraced. A recalcitrant husband can be shamed by having his name published in newspapers and billboards. He can have his synagogue membership revoked and be barred from entry, even on the High Holy Days. He can be refused an aliya (call-up) to the Torah. He can be ostracized by the community, barring him from all communal events, including weddings and Bar Mitzvahs, and, as a last resort, he can be excommunicated.

What we understandably can’t do is put electrodes on his genitals.

But why haven’t our Rabbis employed the totally legal remedy of shaming him? Why isn’t there a concerted effort to punish these husbands by publicly exposing them? Where is the Rabbinical will that will bring about a Halakhic way?

Granted, the cattle-prod-to-the-nether-region gang might be taking the whole thing to an extreme. But if we’re going to condemn them – as we should – must we not propose a legal alternative? Or will we choose the safe route of condemning only the Rabbis who have at least made an effort – albeit a highly illegal and violent one – to remedy the problem rather than the mercenary husbands who are responsible in the first place.

Everyone in the orthodox community knows some woman who has suffered without a get, the victim of a husband’s shakedown or abuse. Maybe he used the get to obtain custody of the kids or to minimize his alimony payments. Perhaps his intention was making his wife’s life as miserable as he feels his is. But one way or another, he used Jewish law in a manner it was never meant to be used, namely to blackmail a woman. And the Rabbis watch and do next-to-nothing. Then we wonder why these things end in some horrible story like the cattle prod, grossly embarrassing the Jewish community and demonstrating the ossification, rather than the modern relevance, of Jewish law. 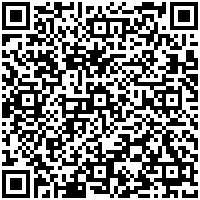