As a young man finding my way forward in the world of Torah study, I was completely bowled over by the genius of Rav Ovadia Yosef, who died this week. In all the contemporary rabbinic responsas I had read, nothing came near to the phenomenal breadth of his learning, his marshaling of sources, and above all his tolerant, often lenient conclusions.

The great Ashkenazi contemporary authorities I was studying almost invariably came to strict, restrictive conclusions. There was an almost undeclared agenda to constantly raise the bar rather than lower it. And they completely ignored the more recent great Sephardi authorities. It was almost as if they thought Sephardi scholarship ended with Maimonides.


From the moment I picked up the early volumes of his magisterial response, “Yabia Omer,” in 1957, I was completely won over by Rav Yosef‘s different approach. He brought the widest range of sources. He weighed the body of opinion and allowed the pure law to speak for itself, and most importantly of all, where he could he would find a lenient resolution. It was as if a new, younger, brilliant Chief Justice was suddenly appointed to the Supreme Court, stood head and shoulders above the other justices, and promised to sweep away all the cobwebs and vested interests. Having such a wider vision, he knew the range of options that went well beyond the conventional wisdom.

He was a product of the East. The Sephardi world was very different than the negative, cramped, inward-looking approach of Eastern Europe. Rav Yosef was brought up under Islam, where tensions were more political than religious. On many theological fundamentals Judaism and Islam agreed. Whereas under Christianity the bitterness of the Jewish experience, as well as the theological differences, created a far more negative approach to the world around them. True, the Shia mullahs were just as oppressive as Dominican friars, but under much of Islam Jews lived at peace and in cultural symbiosis.

The Sephardi world had no Reform movement. In Ashkenaz the rabbis were constantly fighting an internal schism. Their response was to tighten up, and if you didn’t like it you could jolly well go and join Reform or some other breakaway. Since the Sephardi world had no Reform, their rabbis had to deal with the full range of Jewish behavior, and their communities embraced the most lapsed as well as the strictest. Their halachic decisions had to take note of the full range of the faithful, not just the most pious.

And thirdly the Sephardi world seemed much more in sympathy with the poor, and therefore more lenient and less financially demanding. You could not ask a penniless family to have two dishwashers!

The downside of the Sephardi world, as much as of the poor Ashkenazi, was the superstitious belief in wonder, miracle rabbis, and Kabbalists. Rav Yosef bravely and courageously had no sympathy for religious hucksters and snake oil salesmen. Of all the Ashkenazi halachic masters, I dare to say only the late Rav Moshe Feinstein was his equal.

Rav Yosef was a powerful advocate and campaigner for Sephardi rights. In his early editions of “Yabia Omer” he railed against young Sephardi yeshiva students aping the Ashkenazi rabbis in dress and attitude. He insisted that the different Sephardi approach to Torah study be given equal standing in a world that, sadly, tended to look down on Eastern culture and still to this day too often discriminates against Sephardim.

This led him to form the Shas party in 1984. For years he was a voice in the wilderness. At last Shas gave him the power and the platform, although he had to battle major Ashkenazi authorities like Rav Shach, which ultimately led to an acrimonious split.

This was the moment that I lost my innocent reverence of the great man. I had been disappointed when in his term as Chief Rabbi he engaged in unseemly rivalry with his Ashkenazi colleagues. I put this down to the “Kinat Sofrim”, the Talmud’s phrase for the competition between intellectual giants. But party politics was another matter. I have always detested religious politics. Much of the good that Shas did, as a social movement, was undermined by the bargaining, haggling, and corruption that inevitably characterizes the world of politics. Of course religion is concerned with every aspect of human life. And I believe religious people should, as individuals, be involved in the political process. But when a party devoted specifically to religious issues enters the fray it invariably, regardless of the religion or the denomination, falls to the worst of political shenanigans. And so it has been with Shas, now divided into warring factions. 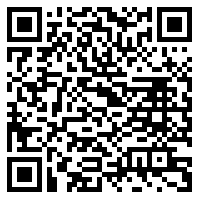