I am the proud father of nine children, six girls and three boys. Although our family has been graced with many bat mitzvahs, we have had only one bar mitzvah so far, and that was seven years ago. So you can imagine how excited we are to celebrate Yosef’s bar mitzvah, God willing, in January. We’re even more excited that it will take place in the Holy Land in Israel at the Western Wall. In honor of his bar mitzvah and following in the steps of his ancestors, he will shortly begin donning his tefillin every morning.

In 2008 I traveled to Washington, D.C. on the invitation of our late Senator, Frank Lautenberg, to attend Barack Obama’s presidential inauguration. When I arrived at Kennedy Airport from another city, I found a young medical student who was also attending the inauguration and asked to share a cab with me to La Guardia where we were to fly out from. We got to the gate with time to spare. It was morning and I still needed to put on tefillin but when I began to wrap them, the young man told me that he was also Jewish but had never seen the ritual I was performing. He wanted to know what it was.


I only had a moment to explain, so I said this. As a relationship counselor, often mediating between husbands and wives or parents and children, I’ve discovered that relationships sour when there is a disconnect between mind and heart. The mind, the human guidance system, uses values to discern right from wrong, informs one’s morality, and transmits the message to our emotions. The heart, the seat of those emotions, animates the body and motivates our actions. The two, mind and heart, are meant to be in constant communication. If they do no act in concert with each other, what follows is human dysfunction. Either, a functioning moral person without the motivation to get much done in life, or, an energetic person with no moral compass. The reason a Jew wears tefillin, I told him, is to achieve the integration of the two through a daily meditation via the tefillin shel rosh, which are put on the mind, and the tefillin shel yad, which are affixed near the heart.

Just as the tefillin marks its territory on our mind and heart, the mezuzah demarcates and and identifies a Jewish home. Professor Jonathan Webber, one of the world’s leading experts on the Auschwitz Concentration Camp site and a dear friend of mine from Oxford University, shows movingly in his book “Traces of Memory” the areas in Poland that once hosted bustling Jewish communities before World War II but are today yudenrein. But while the Jews were taken away to be murdered, their buildings remain behind with the mezuzah carvings reminding us of a once-flourishing culture that can never be fully eradicated, even by the Nazi monsters. I traveled with Jonathan to Galicia in Poland and personally saw the chasm left by the mezuzahs, signifying, in its emptiness, a land that was made bereft of Jews. More than any other identifying marker, the mezuzah is the very anchor of Jewish property.

The biggest setback in today’s market for tefillin and mezuzahs, however, is that many people care only to observe the spirit of the law while ignoring its letter. This is often because of a resistance to spending the requisite money for mitzvah or, more charitably, unintended ignorance as to what constitutes the mitzvah. People want their son to have tefillin at his bar mitzvah, for instance, but aren’t interested in buying the best quality pair for him, so they often purchase sub-standard tefillin that are barely kosher. So, too, thousands of people visit Israel every year and purchase ornately decorated mezuzah cases, but only meager amounts on the holy scroll that is inserted inside. This is a classic case of judging a book by its cover, and in the worst possible way. The ornate cover means absolutely nothing while the scroll inside is the very soul of the mitzvah. And we know a body without a soul looks like.

Since my days as a rabbinical student, I’ve checked hundreds of mezuzahs for friends and strangers. Sometimes the scroll inside is a mere photocopy. At other times it is missing completely. A gentlemen I once met in Australia even told me that he threw away the “Hebrew instructions” after he bought the mezuzah (OK, that’s a joke, but with a kernel of truth). 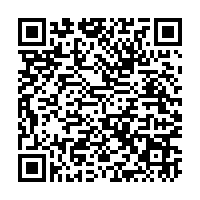