The pro-Palestinian campus group Students for Justice in Palestine and the far-left Jewish group Jewish Voice for Peace are included in the Anti-Defamation League’s (ADL) report on the top 10 anti-Israel organizations of 2013.

Joining those groups on the list are ANSWER (Act Now to Stop War and End Racism), American Muslims for Palestine, CODEPINK, Friends of Sabeel-North America, If Americans Knew/Council for the National Interest, the Muslim Public Affairs Council, Neturei Karta, and the U.S. Campaign to End the Israeli Occupation.


“The Top 10 anti-Israel groups are the most significant players in the domestic anti-Israel movement today,” Abraham H. Foxman, ADL national director, said in a statement. “The groups are fixated on delegitimizing Israel and convincing the American public that Israel is an international villain that deserves to be ostracized and isolated.”

ADL said it considered the endorsement of Boycott, Divestment and Sanctions campaigns against Israel, as well as tactics such as using anti-Semitic motifs in programming, while compiling its list. 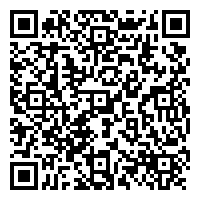