I was in South Africa, celebrating the Rabbinic ordination of our eldest son, Mendy, when a journalist contacted me from the States asking me to comment on a grave threat to my person that dated back to 2009. I was incredulous as to his information. He told me that the NYPD had monitored an assassination threat against me and the individuals who made the threat. What instantly went through my mind was that it must have been Kaddafi whose entry into our town in Englewood I had strenuously opposed. Or perhaps it was one of the radical Islamists that I debate on TV whom friends have always told me is a bad idea. You can imagine how shocked I was, therefore, when I learned that the threat had allegedly come from members of Kahana Chai and the Jewish Defense Organization. Really? Fellow Jews wanted to kill me?

I had been accustomed to fierce criticism from sectors of the Jewish community for publishing Kosher Sex, or making Cory Booker my President and having thousands of non-Jewish student members at Oxford, or taking Al Sharpton on a solidarity mission to Israel, or serving as Michael Jackson’s Rabbi. Censure came with the territory and though I had never enjoyed being attacked, I had learned to live with it. But an assassination scheme from fellow Jews is something I would have never believed.


As the Jewish new year dawns upon us, there is no question in my mind that the foremost challenge to religion and Judaism is transcending the extremist elements who make spiritual life a drag and a bummer, a judgmental experience of condemnation rather than a joyous celebration of life.

I’m tired of a religion that makes us feel permanently inadequate, that focuses more on what we omit than what we observe, that makes us feel guilty for our spiritual failures rather than proud of our moral accomplishments. I’m tired of reading of religion existing to primarily condemn gays or obsess over abortion, rather than giving guidance to the living as to how they can be loving spouses and inspired parents.

I’m weary of a religion that is more interested in condemning the infidel rather than loving our neighbor, that is more focused on God as punisher-in-chief rather than a fountain of life and blessing.

In the coming year I want to see a Judaism that inspires gay men to put on tefillin and observe the Sabbath, rather than telling them that their sexuality bars them from any meaningful place in Jewish life. I want to see a Judaism that reaches out to Jewish men and women who have married outside the faith, exposing both them and their non-Jewish spouses to the beauty of our tradition with a view toward the non-Jewish partner giving serious consideration to Halakhic conversion.

Even if we do not give women who want to wear a talis a place to pray at the Wall – and the difficulty in doing so is that it opens the door to every group demanding a special place at this holiest of sites – let us still condemn even more strongly the disgusting religious displays of intolerance that would have women attacked in public spaces.

I want to see a religion that is not superstition, that treats God as a loving parent rather than a furry rabbit’s foot that wards off evil spirits. When children die, God forbid, I want to hear Rabbis who demand that God be a protector of life rather than blaming tragedy on human sin.

In the coming year I want to bear witness to a Judaism that welcomes rational inquiry as an aid to true faith rather than a religion that is anti-intellectual, unreasonable, and unscholarly. Yes, I love Kabbala and many spiritual truths transcend human understanding. But there is a difference between faith being mystical versus religion being ridiculous.

More than anything else I want to see religion rejecting hatred and violence. The amount of evil perpetrated in the name of religion is far too great. Let us reject the extremists loudly and vocally as a Hillul Hashem. Religious men in long coats who send female soldiers to the back of the bus are ingrates and fanatics. And Jews who plot the assassination of a fellow Jew are criminals and an abomination to belief. 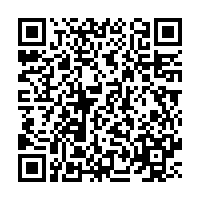