The Iranian media has denied that the country’s president, Hassan Rouhani, sent a Rosh Hashanah greeting to Jews.

A Sept. 4 message from the Twitter handle @HassanRouhani stated, “As the sun is about to set here in Tehran, I wish all Jews, especially Iranian Jews, a blessed Rosh Hashanah.”

Major media outlets picked up on the tweet, including CNN, whose headline was “Iranian president’s surprising message to Jews.” CNN wrote that Rouhani’s message marked “a sharp shift from his Holocaust-denying predecessor,” Mahmoud Ahmadinejad.

Israeli Prime Minister Benjamin Netanyahu said in a statement that he was “not impressed” with Rouhani’s Rosh Hashanah message because Iran “will be judged only by its actions and not by greetings.” The purpose of such greetings, Netanyahu said, was to deflect attention from the Iranian nuclear program.

Iranian Press TV quoted Rouhani as saying in August, “After all, in our region there has been a wound for years on the body of the Muslim world under the shadow of the occupation of the holy land of Palestine and the beloved al-Quds.” 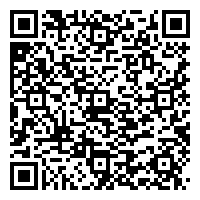