Last week I responded to former Pink Floyd front man Roger Waters’ abhorrent statements comparing Israel to Nazi Germany. My dispute with Waters was picked up by several media outlets, especially my accusation that any man who can compare victims to their murderers is bereft of decency, heart, and soul.

Waters responded to me, via an interview with The Guardian: “If Rabbi Boteach can make a case for the Israel government’s policies, I look forward to hearing it.” As soon as I read that I challenged Waters to a public debate. And since he claims that Israel’s evil is “so crushingly obvious,” surely he should avail himself of the opportunity to win an easy debate. I await his response.


I anticipated my response to Waters to be but one of many condemning his remarks, particularly among Rabbis and Jewish leaders. And while representatives of The Simon Wiesenthal Center, The Holocaust Educational Trust, and the Community Security Trust in Britain did issue robust statements of condemnation, the fact is that vitriolic, hate-filled statements such as Waters’ require a far more united and unflinching retort from the Jewish community as a whole.

The fight for Israel is the great Jewish battle of our time. The Jewish state is now the focal point for the fight for Jewish survival. It is the locus for all the irrational hatred felt for Jewry and in defending Israel we defend the future of our people and Jewish life itself. To fail to stand up for Israel is to suffer a privation of Jewish pride. It is the a priori demonstration of Jewish spinelessness and embarrassment.

I have heard many Rabbis tell me that they don’t wish to dirty their hands by getting involved in political matters. Let lay leaders defend Israel. To them I offer the message of this week’s Torah reading, Shemot, where we discover the quintessential quality of Moses’ leadership. Moses might have been just another uppity Egyptian Aristocrat until the day he chanced upon an Israelite slave being beaten. The Bible relates, “And he looked this way and that way and saw there was no man. Then he smote the Egyptian.” When Moses saw there was none but him to address this moral outrage, he sacrificed his cushy position in Egyptian society and acted to fight injustice. At that moment he became instantly unpopular in Egyptian society but he also become an audacious leader. It should be noted that the great liberator and lawgiver could not give a public speech. He was a stutterer whose mouthpiece was his brother Aaron. But then, real leadership does not involve having the best mouth but rather the most courageous heart. Real leadership is not found in our immortal soul but in our moral courage.

Emma Thompson is currently starring in the film Saving Mr. Banks about Walt Disney’s attempts to secure the rights to Mary Poppins from author P.L. Travers. In 2012 Thomson and three dozen other artists joined the BDS movement by publishing a letter protesting an Israeli theater group’s participation in last year’s Shakespeare festival in England: “We notice with dismay and regret that Shakespeare’s Globe Theatre in London has invited Israel’s National Theatre, Habima, to perform The Merchant of Venice in its Globe to Globe festival this coming May.”

Yet, the six-week long festival also hosted China’s National Theater, but their participation was met without protest from Thompson and the other artists, even though China regularly jails innocent political dissidents like Liu Xiaobo, the 2010 Nobel Peace Laureate, and his wife, Liu Xia, who is under house arrest for three years and has been held incommunicado even though she has never even been charged. 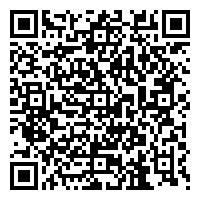