I still remember, when I was a boy of just seven, walking with my father, early on the morning of 6th October, 1973, to synagogue. He had promised me that I could break my fast shortly after arriving. Now, he stopped me en route and told me a war had just broke out in Israel and the small Jewish nation was fighting for its very life. The situation was dire. I should show God added devotion by fasting longer in deference to the life mortal struggle of my fellow Jews. I was upset, I was starving, but I did as he asked and broke my fast after mid-day.

That Yom Kippur was my first memory of an Israeli war. We feverishly watched the news over the next few days until Israel finally began to turn the tide and push its enemies back.


There were moments of elation as well. I remember being in Chabad sleep away camp in Homestead, Florida on 4 July, 1976, American’s Bicentennial, when an excited head counselor started screaming over the loudspeaker that Israel had pulled off a daring rescue of Jewish hostages in some far-off place called Entebbe in Africa.

Fast forward to November, 1982, when I was a student at Chabad High School in Los Angeles. I traveled on a Friday, at the height of Israel’s war in Lebanon, to witness the arrival of Israeli Prime Minister Menachem Begin to the Century Plaza hotel before the Sabbath to show my solidarity with the beleaguered leader. I still remember Begin arriving in his dark limousine looking ashen-faced, having just heard the terrible news that tens of soldiers had died in an explosion when a building had collapsed in Lebanon. Still, he nodded his head in his car to me as he passed. Tragically, even more bad news would await him as his wife Aliza would pass away while he was in Los Angeles a few days later.

There were other pressing moments in Israeli history that I remember well. But none comes near the current action against the terrorists of Hamas which has touched deeper than any previous occurrence. This time, we have a daughter in the Israeli army and her base in just a few kilometers outside of Gaza.

She was standing at a ceremony on Thursday morning when Hamas’ murderous rockets began to rain down near her base. The sirens went off and everyone was ordered to a bunker. They watched as Israel’s ingenious Iron Dome went to work. Tragically, it was not enough to stop a rocket from hitting Kiryat Malachi and murdering three Chabad Chassidim, including a pregnant woman. My daughter heard the explosion. She can still see the hole in the roof of the apartment building easily from her base.

The base was evacuated and my daughter moved to the relative safety of Jerusalem on Thursday night. My wife and I breathed a sigh of relief. But then, before the Sabbath came in, we were informed that she and a skeletal crew were ordered back to the base on Saturday night for guard duty. She would have to remain for a few days thereafter. That Sabbath, I was a scholar-in-residence in Palm Beach, Florida and, during one of my speeches, I asked the Synagogue to pray with me for her safety and the safety of all Israel’s soldiers. Never before had the prayer for Israel’s Defense Forces meant so much or been felt so deeply.

Over the next few days when I called my daughter on the base the phone conversations were interrupted many times as the alarm sounded and she had to rush to safety in a nearby bunker. I was amazed at her courage and sense of normalcy. This was her new life and she would get used to it without panic.

Beginning in 1988 at the University of Oxford I made defending the State of Israel against its enemies a central calling in my life. I have given countless lectures on Israel’s safety, security, and right to defend itself and written even more columns on the subject. But it’s different now. It’s gone from the abstract to the very tangible and real.

I have always heard about parents who have children in the military during a war. You try not to think about it. You tell yourself the chances of God forbid anything happening are negligible as to not be worth worrying about. But you are forever aware that you and your child are in God’s hands. You turn to Him for comfort and safety. Your daughter is an adult. She has made their decision to serve. You honor and respect it even as it engenders serious discomfort and leaves a pit in your stomach at all times. 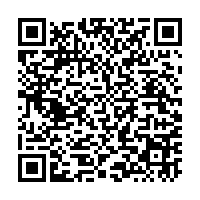