The dramatic escalation in Egypt’s domestic conflict between the Muslim Brotherhood and the military is being accompanied by an upsurge in the activities of jihadi organizations in the Sinai Peninsula.


Since Morsi’s ouster, extremist Salafi and jihadi organizations have launched waves of attacks on Egyptian security forces, and provoked this week’s extensive counter-terrorism operation by the Egyptian army.

These Al-Qaeda-affiliated forces are also seeking to strike Israel — both to satisfy their ideological demand for jihad against Israelis, and to try and force Israel and Egypt into a confrontation, thereby undermining the Egyptian-Israeli peace treaty.

The Israel Defense Forces are therefore on high alert in the event of further attacks by terrorists in Egypt, while also facing the dilemma of how to safeguard its own national security without infringing on Egyptian sovereignty at this most sensitive time.

Two unprecedented incidents on the southern border in just the last few days, however, served as markers for the rapidly changing situation.

First, according to international media reports, an Israeli drone struck an Al-Qaeda-affiliated organization in Sinai, as it was making final preparations to fire rockets at Israel.

While Israeli defense officials have not confirmed or denied the reports, if true, they represent the first preemptive counter-terrorism strike on Egyptian soil.

If Israeli intelligence receives word of an imminent attack taking shape in Sinai, with little time to coordinate a response with Egyptian military forces, such action might be expected.

Islamists across Egypt were quick to seize on the incident to accuse the Egyptian military of being complicit in an Israeli breach of Egyptian sovereignty.

Although this incident was quickly forgotten by Egyptians as both Egypt proper and Sinai descended into turmoil, there is evidence that further attacks by Sinai terrorists against both Egyptian security forces and Israel are being planned.

An additional signal of the deteriorating security situation in Sinai was the rocket fired by a terrorist organization at the Red Sea tourist resort city of Eilat over the weekend.

Anticipating the attack, the IDF stationed an Iron Dome anti-rocket battery in the city. The prior preparation paid off: the system fired an interceptor that successfully stopped the rocket from hitting the city.

The rocket failed to hurt anyone, but it did trigger an air-raid siren and frighten tourists, sending them scatting for cover. Unlike the cities of Ashdod and Ashkelon, which are used to Palestinian rocket terrorism, Eilat, a resort town, is not used to living under rocket fire.

Today, a shadow of uncertainty hangs over the future of the city’s tourist industry. For now, Israeli visitors to the city are displaying trademark resilience, and are continuing to pack the city’s hotels and beaches.

Nearby, however, the IDF continues on high alert, watching every suspicious movement in the desert sands near the Egyptian border for signs of the next attack. 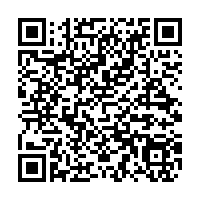