Today is a very special day; it is the fourth day of Chol HaMoed Sukkot; it is the first day of the end of the building freeze in our community. Will the freeze end or will the cute trick of the Arabs work? They demanded a 10-month building freeze in Judea and Samaria, and then they waited nine months before they decided to sit down to start negotiations with Israel. When they finally did sit down, the first declaration of the Arabs was that the freeze must continue. The world leaders promptly agreed and declared that it is only right that if the Arabs finally agreed to negotiate, Israel should freeze building in Judea and Samaria. “How could we evil Israelis start building again when the Arabs so graciously agreed to talk to us?”

Few, if any, world leaders thought to ask the question, “Why did the Arabs wait nine months to finally sit down to talk?” The Arabs knew, of course, that if they did not sit down with the Jews, the freeze would automatically end. So they waited nine months to sit down and then demand that the freeze continue. World leaders and Israeli leaders should be smart enough to explain to the Arabs what they can do with their demands. But, as usual, the world makes demands of the Israelis because they know that the Arabs will not listen.

What is more disturbing than the Arab tricks and the attitude of the world leaders, is the reaction of some Jews who have strayed so far from Judaism so that even the sharp mind, usually attributed to Jews, no longer is their heritage. Each day I receive messages from “Gush Shalom,” the so-called peace movement in Israel, in my email inbox. Today’s message lauded the “courage” of the Jewish peace activists working to end the Gaza siege on the “Jewish Peace Boat.” Their stated goal is to “get for Gaza’s inhabitants the natural right to come and go, like everywhere else in the world.”

Can Jews actually be so blind as to believe in this lofty goal for the Gaza residents who are governed by the Hamas terror organization? The Arabs of Gaza do not hide their goal of destroying and overrunning the Jewish Israel. They shoot off rockets into civilian enclaves of Israel and openly state that their goal is murder and mayhem. Do these foolish Jews actually believe that the terrorists will not murder them and their children and grandchildren? Do they actually believe that the goal of Hamas is peace with the Jews? Can our supposedly “smart” Jews be so innocent and dense and not hear what the Arab terrorists state openly.

Can they not understand that the purpose of the blockade is to prevent as many weapons of destruction as possible from getting into the hands of those who will murder innocent men, women and children without any problem of conscience? Do they really believe that by living in Tel Aviv, Hertzlia, Haifa and the surrounding areas, that the Arabs will not murder them and their children? Have they forgotten the terror attacks in Tel Aviv and Hertzlia?

Now that almost every country in the world has introduced anti-Arab terror procedures that include searches of passengers boarding planes and ships, the scanning of vehicles about to enter bridges or tunnels and the entrance of people with packages into public buildings, why should Israel not search ships about to enter Gaza? Why do these so-called peace activists want to prevent Israel from taking measures to stop Arab terror? Do they not realize that they, too, will become targets in the near future?

The concern by these Jews against their own people and for Arab terror seems so phony and foolish. The Arabs send missiles against Israel almost every day and it is only good fortune or the Hand of G-d that prevents these instruments of murder from harming many more Jews. Yet, the members of this “Gush Shalom” screw shut their eyes, ears and brains and loudly demand that Israel stop defending itself. How is it that they have forgotten what happens every time Israel dismantles another barrier? Are they so foolish as to believe that they and their families will be spared?

I read their self-deluding propaganda, but do not understand. Are the murdered Jewish children to blame for Arab terror? Do we send suicide murderers against the Arab population? It seems that to this “Gush,” the Israeli government can do nothing good, and the Arab murderers can do nothing bad. It is not surprising that in Hebrew the word “Gush,” means a cancer, and they themselves took that name for their group.

When Arab leaders suppress and murder even their own people, these activists call it democracy and self-determination. How twisted they are! How self-hating! When will we ever learn? 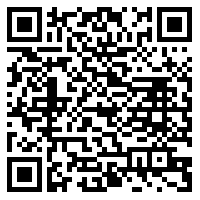