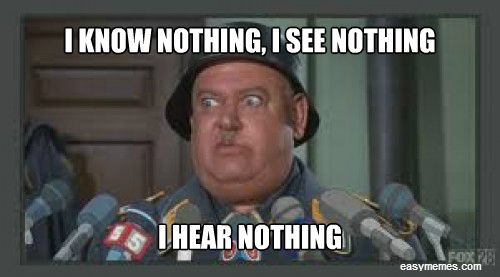 You can absolutely trust the AP’s coverage of Israel.

After an airstrike struck a building with terrorist tenants that included Hamas and Al Jazeera, controlled by Qatar, a backer of Hamas, the main story in the media was about… the media.

Specifically the AP’s presence in the same building.

“We are shocked and horrified that the Israeli military would target and destroy the building housing AP’s bureau and other news organizations in Gaza. They have long known the location of our bureau and knew journalists were there. We received a warning that the building would be hit,” the AP’s statement says.

And the AP is complaining about what? Israel warned it that the building was a target. AP chose to share a building with Hamas and pretend not to know about it.

“This strike is an incredibly disturbing development. We narrowly avoided a terrible loss of life. A dozen AP journalists and freelancers were inside the building and thankfully we were able to evacuate them in time,” the AP complains.

Except that it was warned and was able to evacuate the building. So the pretense that it was ever at risk is nonsense.

Finally, the AP claims  “We have had no indication Hamas was in the building or active in the building. This is something we actively check to the best of our ability.”

You can believe the AP or its former correspondent, Matti Friedman who wrote about the service’s dishonesty back in 2014.

The AP staff in Gaza City would witness a rocket launch right beside their office, endangering reporters and other civilians nearby—and the AP wouldn’t report it, not even in AP articles about Israeli claims that Hamas was launching rockets from residential areas. (This happened.) Hamas fighters would burst into the AP’s Gaza bureau and threaten the staff—and the AP wouldn’t report it. (This also happened.) Cameramen waiting outside Shifa Hospital in Gaza City would film the arrival of civilian casualties and then, at a signal from an official, turn off their cameras when wounded and dead fighters came in, helping Hamas maintain the illusion that only civilians were dying.

The AP claimed that its interactions with Hamas terrorists isn’t news.

Colford, the AP spokesman, confirmed that armed militants entered the AP’s Gaza office in the early days of the war to complain about a photo showing the location of a rocket launch, though he said that Hamas claimed that the men “did not represent the group.” The AP “does not report many interactions with militias, armies, thugs or governments,” he wrote. “These incidents are part of the challenge of getting out the news—and not themselves news.”

Interactions with the IDF however are always news.

The AP offers us two options

1. It’s incompetent and didn’t know it was sharing a building with Hamas

2. It knew it was sharing a building with Hamas

Notably, the AP isn’t really offering a denial. It’s demanding that Israel prove Hamas was there.

Bonus question: Were any of the AP’s freelancers affiliated with Hamas?