Governor Cuomo of New York is having a bad month, but it’s not because the Democrats and the media finally noticed that his order forcing nursing homes to accept infected coronavirus patients may have killed thousands of senior citizens: it’s because he’s up for reelection in 2022.


With Biden in the White House, the Democrats no longer need a model pandemic governor, and the AOC wing of the party in New York is preparing to primary him with an unfiltered socialist.

That’s why the Cuomo scandal has shifted from the trivial matter of 8,000 to 13,000 dead nursing home residents to the much more serious contention that the Cuomosexual-in-Chief may have once kissed a former aide: a Bernie Sanders supporter named Lindsey Boylan.

Democrats don’t know what to do with thousands of dead nursing home residents, but they’re pretty experienced at monetizing #MeToo scandals.

Some might question whether the purity of Ms. Boylan’s lips, important as they are, should matter more than thousands of dead human beings. But to paraphrase Stalin, an unwanted kiss is a tragedy, but thousands of dead grandmas and grandpas are just another statistic.

And it’s a statistic that has the potential to not only take down Cuomo, but Governor Whitmer in Michigan, Governor Murphy in New Jersey, Governor Newsom in California, and Governor Wolf in Pennsylvania. That’s why, after briefly allowing the public to vent a little outrage at the decision to turn nursing homes into death camps, Dems and the media pivoted to Lindsey’s lips.

While Cuomo, Whitmer, Murphy, Newsom, and Wolf all ordered nursing homes to take infected patients, only Cuomo, presumably, had made unwanted advances on Lindsey Boylan. And, much more importantly, the Sanders and AOC crowd is only targeting Cuomo, not the others.

There’s every reason to believe that Cuomo is a bully and a creep. But the sudden parade of Cuomo victims is being led by the same radical wing that wants to primary him. Lindsey Boylan

tried to primary Rep. Nadler by claiming he didn’t want to impeach Trump hard enough and is running to be the borough president of Manhattan. It’s a little hypocritical for the wife of an investment banker to be going after the 1 percent, but hypocrisy is the name of the game.

Assemblyman Ron Kim, who claims that Cuomo bullied him so hard that it made his wife cry, is a major supporter of Bernie Sanders and of radicals like the antisemitic Moumita Ahmed. Kim at least has some credibility because he had raised the issue of Cuomo’s infected admission order, but, like most lefties, he focused far more on enabling lawsuits against nursing homes.

That’s more than can be said for Attorney General Letitia James who focused on her plan to run for higher office by waging war on the NRA, only to belatedly pivot to nursing homes in 2021 with a report that raised far more questions than it answered. President Trump’s DOJ had launched an investigation that resulted in Cuomo’s coverup back in the summer of 2020.

Where was James back then? Investigating President Trump.

Now James, whom the media is touting as Cuomo’s likeliest rival, is insisting that only she has the authority to investigate his sexual harassment scandal. James is right that Cuomo shouldn’t be investigating himself, but having his opponent investigate him is just as disgustingly corrupt.

James already showed off her skills when she approved the Weinstein class-action settlement that would have given his victims a $10,000 check and covered Harvey’s legal fees.

Cuomo’s abusive behavior was as much of an open secret as Harvey Weinstein’s antics. Both men were protected by the industries of entertainment and politics because they were convenient. It’s hard to believe that anyone in Albany didn’t know about Cuomo’s habits. New York’s political and media class are just using them to distract us from what really matters.

Patricia McGinnis, executive director of California Advocates for Nursing Home Reform, had warned, “California’s directive is nothing less than a death sentence for countless residents.”

Democrats want to save Newsom’s job and they don’t want Cuomo’s scandal taking him out.

In Michigan, Governor Whitmer is facing multiple recall efforts and also has an election coming up in 2022. Her administration had cruelly ordered that a “long-term care facility must not prohibit admission or readmission of a resident based on COVID-19 testing requirements or results.” There were some 5,600 coronavirus deaths in nursing homes. Michigan Republicans have called for an investigation, but Democrats and their media have loudly opposed it.

The Democrats and their media are not about to undermine Whitmer’s chances in 2022.

And then there’s New Jersey and Pennsylvania. New Jersey copied New York’s order and there have been around 8,000 nursing home coronavirus deaths. Pennsylvania’s Department of Health ordered nursing homes to accept “patients who have had the COVID-19 virus.”

Over 12,000 residents of nursing homes died of the virus.

But Biden chose Dr. Rick (Rachel) Levine, who took his own mother out of a nursing home, while forcing homes to accept infected patients, as his very own Assistant Health Secretary.

That’s another reason why the Democrats want to pivot away from nursing home deaths.

The Democrats and their media want to swap out Cuomo, in what they think is a safe seat, with someone more radical who can go all the way with their agenda. While they were willing to allow a little venting over nursing home deaths, they want to change the conversation to #MeToo.

And since Dr. Rick probably didn’t smooch Lindsey, it is a safer scandal for the Democrats.

But thousands of dead nursing home residents deserve better than to be pumped and dumped in a lefty scheme to replace Cuomo with a Bernie Sanders crony. Governor Cuomo deserves to go down for a whole lot more than an unwanted kiss. And he shouldn’t go down alone.

Cuomo’s decision to force nursing homes to accept coronavirus patients was not the isolated action of one politician, but a pattern of behavior by Democrat governors in New Jersey, Pennsylvania, Michigan, and California, who focused on clearing hospitals at all costs, while showing no regard for the most vulnerable people in their states. The governors who issued these orders tended to have ties to the hospital lobby which also led to slower vaccine rollouts.

And not just any crime, but the single worst crime by any American elected official.

When 9 people died in Flint, not only did we spend years hearing about the water crisis, but former Governor Rick Snyder, and the former head of Health and Human Services were recently indicted on charges of involuntary manslaughter.

Is there any conceivable reason why Cuomo, Whitmer, Newsom, Murphy, and Wolf shouldn’t be facing involuntary manslaughter charges? Apart from Snyder’s party identification and theirs?

How can thousands of entirely foreseeable deaths not result in manslaughter charges?

In their eagerness to replace Cuomo, Democrats have opened a political pandora’s box. It’s time for the conservative movement to start listening to the local Republicans in California, Michigan, New Jersey, and Pennsylvania who have pursued investigations of their respective governors, and stop repeating lefty media narratives that won’t put Cuomo behind bars.

Cuomo, Whitmer, Murphy, Newsom, and Wolf should have been charged by the DOJ last year. Since Biden and Garland will never let that happen, that can be the next stage of the fight.

Tens of thousands of grandfathers and grandmothers are dead. The Democrats killed them. The Biden administration is covering it up and protecting the perpetrators from facing justice.

Including its own Assistant Health Secretary. 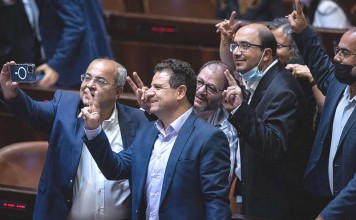 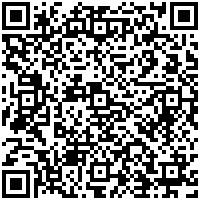