The New York Times decided to cover Queen Elizabeth’s death by running an anti-obituary, claiming that “the queen helped obscure a bloody history of decolonization whose proportions and legacies have yet to be adequately acknowledged,”

Here, by contrast, is what is allegedly the New York Times obituary for Stalin.

Joseph Stalin became the most important figure in the political direction of one-third of the people of the world. He was one of a group of hard revolutionaries that established the first important Marxist state and, as its dictator, he carried forward its socialization and industrialization with vigor and ruthlessness.

During the second World War, Stalin personally led his country’s vast armed forces to victory. When Germany was defeated, he pushed his country’s frontiers to their greatest extent and fostered the creation of a buffer belt of Marxist-oriented satellite states from Korea across Eurasia to the Baltic Sea. Probably no other man ever exercised so much influence over so wide a region.

It jocularly mentions that “Stalin took and kept the power in his country through a mixture of character, guile and good luck. He outlasted his country’s intellectuals, if indeed, he did not contrive to have them shot, and he wore down the theoreticians and dreamers.”

It praises him, claiming falsely, that, “only a man of iron will and determination like Stalin’s could have held together his shattered country during that period of the war when German armies had overrun huge portions of Russian territory and swept to the gates of Moscow, Leningrad and the Caucasus. Like Churchill in England, Stalin never faltered, not even at moments when everything seemed lost.”

There is no mention of the larger cycle of repression and mass murder in the USSR.

Not all that long ago, the Times was running nostalgic pieces on the anniversary of the Communist revolution.

The Trump administration marked this week’s 100th anniversary of the Bolshevik Revolution by declaring a National Day for the Victims of Communism. The New York Times marked the same anniversary in a different way: by running a series of articles extolling the virtues of communism.

Never mind all that. University of Pennsylvania professor Kristen R. Ghodsee writes that Communists had better sex: “Eastern women had twice as many orgasms as Western women . . . [who] had less sex, and less satisfying sex, than women who had to line up for toilet paper.” She has tough words for Joseph Stalin because he “reversed much of the Soviet Union’s early progress in women’s rights — outlawing abortion and promoting the nuclear family.” Yes, that was Stalin’s crime. Not the purges, not the gulag, but promoting the nuclear family.

In “How Did Women Fare in China’s Communist Revolution?” Helen Gao recalls her grandmother “talking with joyous peasants from the newly collectivized countryside” and writes that “for all its flaws, the Communist revolution taught Chinese women to dream big.” Mao’s revolution killed tens of millions of Chinese — not counting the millions killed under China’s brutal “One Child” policy, which led to widespread female infanticide. Those Chinese girls never got a chance to dream at all.

In “Lenin’s Eco-Warriors,” Yale lecturer Fred Strebeigh writes that Lenin was “a longtime enthusiast for hiking and camping” who turned Russia into “a global pioneer in conservation.” He fails to mention that Lenin was also a mass murderer who executed more of his political opponents in the first four months of his rule than the czars had in the entire previous century. In one telegram, reproduced in “The Black Book of Communism,” Lenin orders the Cheka (a predecessor of the KGB) to “Hang (I mean hang publicly, so that people see it) at least 100 kulaks, rich bastards, and known bloodsuckers.” (The telegram concludes with an eerie “P.S. Find tougher people.”) Maybe he was camping when he wrote it.

This is coming from the same paper that would like us to reckon with the “bloody legacy” of Queen Elizabeth. 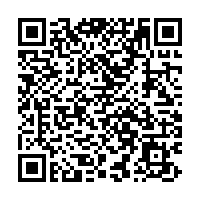