In Vienna, toward the end of the Age of Aquarius, a father bought his little girl a baby crocodile for her birthday. The child had become enchanted with the reptile after seeing a picture of it in a storybook and when all the other presents were opened, her new pet was presented to her.

The little girl was delighted with the present. She began to play with the baby croc and then tried to kiss it. The croc bit her on the nose. The little girl began to cry and had to be taken to the hospital. And the angry father went off to dispose of the nasty little beast.


On the next day, the police responded to reports of a strange creature in the Danube canal, that arm of the great river which flows timidly through the locks and into the city. Vienna being full of animal lovers, the crocodile was rescued from the canal while the father was reprimanded for nearly causing the creature, used to the warmer climes of the east, to perish of a cold in the chilly waters.

The matter was worried over in the newspaper columns dedicated to one of the rare events in a city where not very much was happening.

Scandalized animal lovers complained that the beast had been misunderstood. They urged readers to empathize with the crocodile. Imagine, they said, that a giant creature a hundred times your size brings you close to its parted mouth. Could they not see that the crocodile was convinced that it was about to be eaten and was only defending itself?

Wiser heads suggested that the father should never have introduced a dangerous creature into his home and once he had introduced it, he should have expected that it would bite. Like the fable of the Scorpion and the Frog; biting was in its nature. And throwing it into the canal after it had bitten one of us was in our nature.

The subject was fortunately confined to crocodiles, canals and little girls. There was no talk of the ’75 hostage crisis in which the Austrian government allowed the Arm of the Arab Revolution led by Carlos the Jackal to escape to Algeria with his hostages after murdering a police officer.

Not long after the crocodile controversy, two Muslim terrorists armed with machine guns and grenades attacked a synagogue where a Bar Mitzvah celebration for children was taking place. Hesham Mohammed Rajeh, a mathematics student, had been living in Austria for two years. When he was later put on trial, he tried to kick the judge and shouted, “When I am out of here, I will spit on you.”

Ulrike Kohut, 25, rolled in front of a grenade to protect another woman’s child. She died of her injuries on the way to the hospital. Lotan “Nathan” Fried, 68, died of shrapnel wounds on the same route. Many more were wounded including a pregnant woman and a 12-year-old girl.

Two policemen and an Israeli bodyguard shot it out with the terrorists and won. Their arrest was followed by a phone call in broken German threatening bombings if they were not released, but this time, perhaps because no actual bomb was found, the authorities held firm and the crocodiles stayed in the canal.

A month earlier, two terrorists had been stopped at the airport after Kalashnikov rifles and hundreds of grenades were found in their luggage. The terrorists had been deported and the authorities had lodged a formal protest with Ghazi Hussein, the PLO representative in Vienna, who had been there to meet them at the airport, and eventually kicked him out of the country. Four years later, that airport was the scene of a hand grenade attack in which 39 people were wounded.

Austria’s Socialist Chancellor, Bruno Kreisky, despite being of Jewish ancestry, was fond of Muslim terrorists and of Nazis, but not at all of Jews. Despite being on the left, Kreisky had a habit of filling his cabinet with former Nazis while comparing Zionism to Nazism. His political success rested on a welfare state built with Soviet money funneled through commercial orders and turning a blind eye to terrorist attacks carried out with Soviet and Polish machine guns was part of the price. 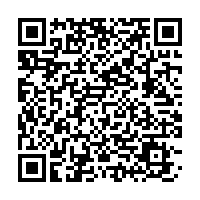