Israel has a new conservative government and its enemies, and by that, I mean anti-Israel leftists, couldn’t be angrier. Ron Kampeas at the JTA has another anti-Israel press release disguised as a news story promoting a push by anti-Israel activists to boycott members of the incoming Israeli government.

“More than 330 American rabbis, including some who occupy prominent roles in major cities, are pledging to block members of the Religious Zionist bloc in Benjamin Netanyahu’s new government from speaking at their synagogues,” Kampeas gushes.

The list largely consists of anti-Israel clergy, many, if not most of them, also members of the ‘Rabbis for Hamas”. This was a list that Annie of Boker Tov Boulder put together back in the day of leftist clergy who signed a letter urging “constructive engagement” with Hamas.

Over the years I’ve noted the same bunch of names on assorted anti-Israel letters as the ‘Rabbis for Hamas’.

Sure enough, Melanie Aron, a speaker at the Islamic Networks Group, has signed both letters. As did Elliot Baskin, James Bennett, Phil Bentley, Leila Berner, Jonathan Biatch, Rena Blumenthal and Jonathan Brumberg-Kraus. And that’s just the A’s and B’s.

That’s impressive considering that a number of these people must have died or retired since then.

While I won’t bother going through the list, a few names do pop out. Most notably, Sharon Kleinbaum.

Sharon Kleinbaum, the girlfriend of teachers’ union boss Randi Weingarten, is infamous for her role at a gay temple in New York City where her hatred of Israel was so extreme that it drove the members away.

As the ZOA noted,

In 2014, dozens of prominent CBST members quit CBST because of Kleinbaum’s obscene anti-Israel antics, including mourning and reading the names of Hamas terrorists during synagogue services. Kleinbaum then claimed that those people called terrorists were “children” aged 18 and under―while knowing full well that many Hamas terrorist operatives are 17- and 18-year-olds.

A CBST gay Jewish activist wrote that Kleinbaum “bashes Israel all the time, making people get up and leave services. . . . She is very vocal in her hatred towards Israel.”

On Nov. 26, 2019, Kleinbaum tweeted that she was “so proud of those standing with [BDS activist and Israel-demonizer] Omar Shakir.”

Moreover, Kleinbaum retweeted Randi Weingarten’s tweet describing antisemites Linda Sarsour and Tamika Mallory as “warriors for justice and I am honored to know them and work with them & call them friends.. glad to have this meeting today w/ them & @Skleinbaum,” together with a photo of Sarsour, Kleinbaum, Weingarten and Mallory standing arm-in-arm. (Sarsour called throwing rocks at Israelis “the definition of courage” and Tamika Mallory called antisemite Louis Farrakhan the greatest of all time.)

How many Religious Zionist officials were up for speaking at Sharon’s Beth Hamas Temple anyway?

An honest headline would be, “300 Opponents of Israel Continue Opposing Jewish State”.

Instead, JTA and Ron Kampeas decided to whitewash fervent haters of the Jewish State while pretending that their signatures on an anti-Israel letter was a recent development occasioned by the election.

But Kampeas, JTA and much of the media allow them to recycle this scam every year or two when the same anti-Israel crowd signs another anti-Israel or pro-antisemite letter and they act as if this is a reaction to something rather than another example of their ongoing hatred for Israel.

But let’s come back to Melanie Aron for a moment.

Remember, Aron, like Kleinbaum and assorted J Street clergy signed a letter claiming that the members of the new Israeli government are too “extreme” for them to tolerate.

Here’s Melanie Aron, who is big on Muslim interfaith, describing how she doesn’t really want to have standards for the Islamic antisemites she partners with.

“We have had some criticism from the greater Jewish community, and we have struggled with the issue of how ‘pure’ our Muslims partners have to be,” Rabbi Aron continued. “If we set the gate too high and don’t talk to anyone who has ever talked to anyone we object to, we really cut ourselves off unnecessarily from people who are open to dialogue with us. We have found in our very diverse community … that there is more to be gained from participating in broad interfaith efforts than there is to lose.”

When it comes to Muslims, Aron believes that there’s “more to be gained” from providing them with a forum and dialogue, but when it comes to Jews, she believes in boycotting them as a “demonstration of our commitment to our Jewish and democratic values”.

Behind all this hypocrisy is a simple statement of allegiance. The signatories to this letter stand with Israel’s enemies. They always have and unless they repent, they always will. 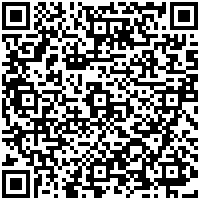