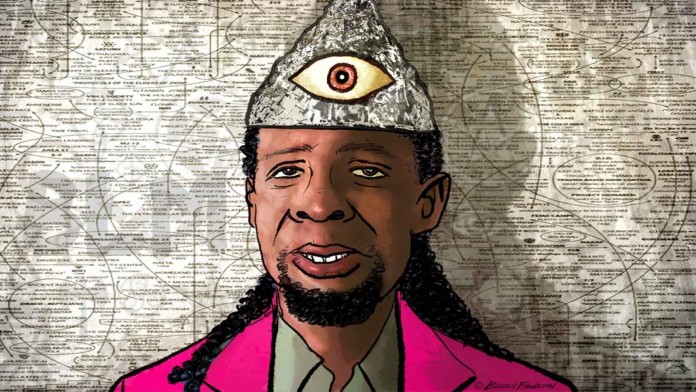 
As an old dead white Elizabethan male who invented the toilet once quipped, “Treason doth never prosper. What’s the reason? Why if it prospers, none dare call it treason.” Like treason, a conspiracy theory with the backing of the establishment becomes an article of faith.

What’s the most dangerous kind of conspiracy theory? The kind no one dares to call what it is.

It’s a covert confession about who really runs things by the conspirators who actually do.

To test that theory, describe any element of life, no matter how random, milk, traffic signals, or weather, as racist, and you will find that these accusations have already been made, and that there is no way to disprove them in terms that a critical race theory believer will accept.

And no systemic racism conspiracy theory, no matter how absurd, will fail to be accepted.

Faced with contradictory evidence, the conspiracy theory just takes on a new order of complexity. Are Asians protesting affirmative action, are Latinos and black men voting for President Trump? Then use multiracial whiteness to explain the contradictions by redefining racism as endowed with an order of complexity beyond race.

The media keeps going on about QAnon even while it’s frantically indoctrinating everyone into its cult with its chosen conspiracy theory that explains all world events, all of human history, all science and technology, all literature and art, and the laws of nature, as reflections of racism.

And that’s what systemic racism has become. Like any state cult, it’s taught in schools, mandated in government offices, and the faithful spread it through every organization. Faith in critical race theory is becoming a prerequisite for public service and public life. A failure to pay tribute to its tenets, to acknowledge your racism, to ‘lean in’, and promise to ‘do better’ is heresy.

And is punished the way mobs deal with heretics in the absence of judicial authority.

The state cult of systemic racism is less about racism and more about the power of the state. Assigning Robin DiAngelo to government employees isn’t about black people or minorities, it’s a form of unearned moral authority that asks members of an organization to blindly follow a revolutionary reconstruction of that organization or face the sanctions of cancel culture.

Critical race theory demands that leaders and members of an organization abandon all their existing ethical duties, disavow any moral commitments except to the new cult, and dismantle all institutional safeguards that might stand in the way of its fundamental transformation.

Soviet Communists seized the system in the name of the working class before repressing it. The Left wants to seize the system in the name of black people only to repress them the way it already does in most cities. Class warfare and identity politics follow the familiar Marxist pattern of identifying a social problem, launching a hostile takeover in its name, and then replacing the system to fight the problem only to replicate the problem all over again on a much worse scale.

Systemic takeovers rely on creating fear, uncertainty, and doubt, manufacturing a sense of urgent crisis, making examples out of scapegoats, delegitimizing due process, all process, and then the entire existing system, and on rigorously brainwashing everyone still in the system.

None of this would work without a grand conspiracy theory. And that’s systemic racism.

Ordinary racism would not suffice for hijacking institutions and societies. And it is precisely because racism is less visible than ever, while the conviction that it is growing more serious has become widespread due to political and media narratives, that the conspiracy theories spawned by critical race theory have found fertile soil. The less we see racism, the more pervasive it must be. And its very invisibility becomes evidence of a systemic conspiracy to hide it away in the interstices of the ordinary functioning of the system and the humdrum routine of human life.

Individual incidents and viral videos taken out of context take on a force beyond the anecdotal and instead become evidence of a larger conspiracy that had until now remained out of sight.

The viral barrage of stories, photos and videos become the revelatory cadence of a conspiracy being unmasked and a revolution underway, when it’s just another narrative seeded across social media by a political establishment and made to appear like a grassroots campaign.

Conspiracy theories promise liberation from a life of lies only to enslave followers to lies. Leftists spend their lives inventing grand systemic conspiracy theories, conspiring to fight a conspiracy they invented, and then finally become the very conspirators they had been fighting all along.

As Pogo put it, “We have met the enemy and he is us”. Or as Obama said, “We are the ones we’ve been waiting for.”

Everyone is entitled to their own conspiracy theories, but they’re not entitled to impose them on others. Especially when those theories spawn their own cult and become a religious test for public office. Civil rights has been steadily morphing from what you must not do, to what you must not believe, to what you must believe. Only the first is ever a legitimate area for government, but systemic racism is much less interested in actual racist practices than in conspiratorially inventing racist motives for ordinary behaviors, and then arguing that the only defense against the secret unconscious malice of ordinary people is through indoctrination.

Loyalty tests are an obvious response to a conspiracy so pervasive that it’s everywhere and reprogramming an even more inevitable response to the conviction that people have been programmed to be racist. Just as war is met with more war, conspiracy theories reshape their response to closely echo the tactics of the enemy conspiracies that they claim to be fighting.

That’s why conspiracy theories like systemic racism have no place in schools, in government, or in workplaces, and their presence there is corrosive and oppressive in any free society.

Liberals argued during the Cold War that there was no room for loyalty tests and hunting subversives in this country, now many have decided that there is plenty of room after all.

As long as they’re on the right side of them.

Critical race theory encompasses racist conspiracy theories that have nothing to do with fighting racism just like setting up a Communist dictatorship had nothing to do with relieving the plight of the working class. When governments, professors, and corporations make subscribing to a belief system a condition of participation in the economy, while accusing those who refuse of playing a role in their conspiracy theory and purging them as a threat, that’s not a theory. 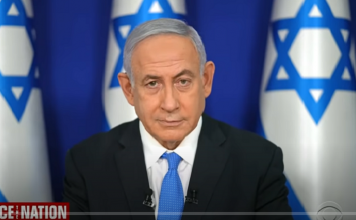