The first rule of Jihad Club is that there’s no talking about it. For the second rule, see the first rule. The culture of silence and terrorism denial is sometimes well meaning. Since the Bush days, experts on Islam have warned that the best way to defeat Islamic terrorists is to undermine their claim to fighting on behalf of Islam by refusing to call them Islamic. The sheer brilliance of this strategy was only partly undermined by its origins in Saudi Arabia, the country sponsoring Islamic terrorists, and by the fact that recruiting primarily takes place in media and channels completely immune to the voluntary speech codes adopted by the A.P. stylebook.

The average Al Qaeda recruit is utterly unaffected by whether the White House press secretary calls the group Islamic, Islamist or terrorist or militant. He similarly does not care whether Nidal Hasan’s shooting rampage at Fort Hood is called an act of terror or workplace violence. Such concerns exist only in the bubble of experts who offer shortcuts to fighting terrorism that don’t actually involve killing terrorists.


Muslims are more likely to see Al Qaeda as Islamic because it kills Americans, regardless of what the official representatives of the Americans call that killing. The reasons for this are to be found in the militant roots and practice of their religion. And the Americans who get to die, but do not get a vote on how their deaths will be described, know that Al Qaeda is a Muslim terrorist group. Only in the realm of the expert bubble is it thought that changing words can change how favorably Muslims will view the killers of Americans and how Americans will identify or misidentify their killers.

Largely though the denial is not well meaning. To the left, Muslim terrorism runs the gamut from being a distraction to a call for reforming American foreign policy. After Obama won two elections, the liberal has trouble figuring out what more reforms need to be passed and complains that all this terrorism is a distraction from truly important issues like Global Warming and school budgets, while the avowed leftist goes Full Greenwald and rants about drone holocausts in Pakistan.

After the Arab Spring, the withdrawal from Iraq and the coming withdrawal from Afghanistan, and Obama deftly maneuvering into a pro-Hamas position on Israel; it’s hard to see what else America can or should do to appease the Jihad. The left will always have its checklist, but even Obama knows that no matter what he says or does, the drones will have to keep flying because it decreases the chances of a major terrorist attack that will force the country into taking a much more aggressive posture against Islamic terrorism.

Talking about how great Islam is and not talking about terrorism is an old hobby for America. We’ve been at it since September 11 and no matter how many interfaith meetings have been held and how often we talk about how much we have in common, the bombs still keeping showing up.

All the projects for Muslim self-esteem, from world tours of Muslim Hip-Hop groups to NASA being turned into a Muslim self-esteem laboratory, seem like bad refugees from failed 70s solutions to crime. All that’s left is to hold midnight basketball events across the Middle East and call for prison reform and we might as well be back in the worst days of the liberal war for crime. The problem is not that Muslim terrorists don’t love themselves enough… it’s that they love themselves too much.

Islamism is not caused by poor self-esteem, but by a lack of humility. Americans are often told that they are not good enough to tell the rest of the world what to do. But Islamists are never told that at all. Instead they are told by their own religious leaders that their way is superior and ought to be imposed on everyone and they are told by our leaders that their way is superior but should only be imposed on everyone after a democratic election.

Fire Commissioner: This Worst Blaze in Jerusalem Area was Man Made 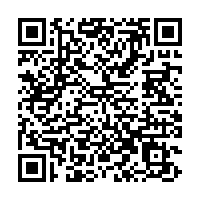