“We owe it to the American people to #BelieveSurvivor,” Governor Andrew Cuomo tweeted in support of the Democrat lynching of Justice Kavanaugh. After years of calling for “zero tolerance” on sexual harassment, the Cuomosexual chickens have come home to roost.


Joe Biden, who had once called Cuomo the “gold standard”, is now calling for his head. The Democrats and their media are now using the same dirty tactics against their own that they had formerly deployed against Trump.

Democrats, beginning with Attorney General Letitia James, a former ally, have come for Cuomo, not because they care about how many nursing home patients he killed or how many aides he groped, but because they, especially James, want his job.

“Tish James says I’m a feminist and she’s right,” Cuomo had once bragged at a rally. “God told me I was a feminist.”

A month after Cuomo was claiming that whatever higher power (beyond his own reflection in the mirror) he believes in had made him a feminist, he ordered James’ predecessor to end an investigation into the handling of the Harvey Weinstein coverup after getting $25,000 from Weinstein’s old lawyer. This was the same investigation he had formerly demanded.

Was James really unaware of all this? Don’t count on it.

The first time Cuomo was accused of sexual harassment was twenty years ago when he was serving in the Clinton administration. And Congressional Democrats closed ranks around him.

New York Democrats have gifted the state with paragons of virtue like Eliot Spitzer, Anthony Weiner, former Attorney General Eric Schneiderman, who was forced to resign after multiple women accused him of choking and assaulting them, Comptroller Scott Stringer, whose recent mayoral campaign tanked after accusations of sexual harassment, and a legion of other cretins.

There’s a reason that Jeffrey Epstein and Harvey Weinstein felt so comfortable in New York.

Cuomo’s behavior, like Weinstein’s, was an open secret in Albany. The same Democrats and media talking heads who turned Cuomo into a plaster saint for political gain are acting like iconoclasts, not because they grew a conscience, but once again for political gain.

James isn’t bringing actual criminal charges against Cuomo. That would take her away from her focus on destroying the NRA and President Trump. The investigation, like the orchestrated calls for Cuomo to resign, something he has no intention of doing, are a thinly disguised primary campaign. The Democrats want Cuomo’s job, they aren’t about to hold him accountable.

An actual criminal trial would be too dangerous and would threaten too many party interests.

Democrats want to primary Cuomo. They don’t want to lock him up. And if he survives the primary challenges, they’ll go back to being ‘Cuomosexuals’ all over again.

And Attorney General James will go back to praising Cuomo as a feminist.

Cuomo was as good at fake moral outrage as James and his Democrat opponents.

“As a New Yorker, I am a Muslim. I am a Jew. I am Black. I am gay. I am a woman seeking to control her body,” Cuomo had virtue signaled when attacking President Trump.

According to Attorney General James’ report, a lot of women wanted Cuomo to get his hands off their bodies. A series of accusers, from a leftist politician trying to undermine Cuomo, various staff, and even two state troopers and a woman he met on a rope line, have complained of inappropriate touching from the man the media went ‘Cuomosexual’ for during the pandemic.

Beyond the usual groping accusations, there are creepier undertones.

Cuomo allegedly told a state trooper in her twenties that she was “too old for me” and suggested that he wanted a girlfriend “older than your daughters”.

He told her he wanted someone who “can handle pain”.

Sadly, by then Jeffrey Epstein was no longer in the business.

Now Cuomo no longer wants to stand by the hashtag #BelieveSurvivor. And Biden, who was accused of sexually assaulting a staffer, has called for him to resign. So have a laundry list of Democrat hypocrites with their own share of scandals and dirty political connections.

“Governor Andrew Cuomo needs to resign,” Rep. Ted Lieu, who had gotten $18,000 from Democrat megadonor Ed Buck, newly convicted in the deaths of the black gay men he lured to his home, tweeted. At least unlike Ted’s sugar daddy, Cuomo didn’t drug his victims first.

There is no shortage of dirt among the Democrat elites and their appetite for trying out the politics of personal destruction on President Trump, Justice Kavanaugh, and other Republicans has fueled a civil war in their own ranks.

As David Horowitz tweeted, “we are witnessing the public hanging of a very bad man. We should enjoy the ironies and the poetic justice, but we should not kid ourselves into thinking this is not bad for our country.”

The #MeToo movement’s moral panics have plenty of material to work with in a party which alternates between cults of personality and witch hunts. The radicalization of the Democrats has left the party at the mercy of a political cult that sees everything in pure black and white.

And not just racially.

Cancel culture is just another expression of this same attitude which filled France with guillotines, the Soviet Union with gulags, and ultimately destroys every leftist movement.

The Democrats have tried to harness cancel culture, but it’s already destroying them.

As David Horowitz tweeted, “the chickens are coming home to roost”. 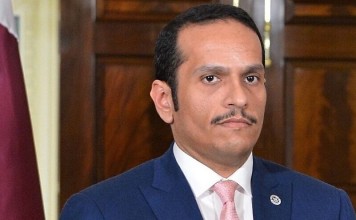