After four years of being accused of every form of bigotry on earth (and some that have yet to be discovered), Republicans brought home the largest share of non-white voters since 1960.


The last time Republicans had numbers like these, Democrats were the segregationist party.

The Colorado counties that shifted to Trump were majority Latino.

And,significantly, in the ‘Other’ category of people who are not white, but don’t fit into one of these categories on account of either being mixed race or another minority, 40% voted Trump.

28% of people who identify as gay, lesbian or transgender also voted for him.

A coalition of working class Americans of all races, colors, and creeds flipped House seats and handed entire states to President Trump. They did it because they put the economy first and identity politics last. After four years of false accusations of racism, the Trump campaign emerged with the most multicultural Republican coalition in generations. In some ways, ever.

President Trump gained ground with every minority group, but lost ground with white people. The only group of white people that Biden won a majority with were college educated men.

That’s because racism accusations only really work on white people. Educated white people. And no one feels guiltier than the ultimate enemy of all that is wholly diverse: the white male.

Minority groups may vote in blocs, they may vote for candidates out of ethnic or racial pride, and they may vote against others because they sense or suspect hostility, but four years of racism accusations in the media not only didn’t shrink Trump’s minority vote share, but increased it.

White people live in fear of accusations of racism. They’re weighed down by a massive burden of guilt. So many of the suburbanites who voted for Biden are afraid of saying the wrong thing, not just because they’ll get fired or mobbed on social media, but because they believe the premise of the 1619 Project that America was born out of sin and that they’re guilty of it.

The 1619 Project, the rants of Robin DiAngelo and Ibram X. Kendi are meant for white people. White people are buying their books, flocking to their seminars, putting up Black Lives Matter signs outside their suburban estates, and beating their shriveled breasts in struggle sessions.

Identity politics is for minorities. Identity cringe is for white people.

The Trump campaign was able to find black male celebrities who supported him, but the absence of any younger white celebrity besides Kid Rock on par with Kanye West or Lil Wayne is telling. A black celebrity’s career can survive a flirtation with Trump. Chris Pratt merely opting out of a Biden fundraiser led to an outburst of cancel culture rage and negative news coverage.

How did President Trump and Republicans broaden their share of the vote by over a quarter since 2016? They appealed to practical economic interests and offered strong leadership. In a nation divided between workers and wokes, workers of all races came out for President Trump.

The racial obsession of the wokes is another fetish of a widely hated elite. The country is divided, not racially or economically, but culturally and politically. The wokes, who endlessly go on about everyone else’s privilege, dominate Big Tech and new corporate and government hires. The entertainment industry exists to serve their whims. Advertisers rush to throw up fantasy images of their lives to push their products. If they like a TV series, it gets picked up. If they start buying a beer, then the national chains treat them as influencers and stock up.

The rest of the country is beginning to notice it and is getting sick and tired of it.

The “resistance” was the hysterical outburst of an entitled and unhinged elite. So was the Black Lives Matter movement and its “anti-racism”. And while the elite is diverse, so is the anti-elite.

America is becoming a more diverse country. But that doesn’t mean bloc voting for Democrats.

Neo-Marxist politics require breaking society down into simplistic general categories, while populism harnesses the energy of anti-establishment hostility to powerful elites. The Democrats lectured minorities about race, gender, and equity, while Trump talked to them about elites.

The end result shows exactly why the establishment feared his brand of populist politics.

The 2020 election was many things. It pitted rural workers against suburban bedroom communities. It was the ultimate anti-lockdown protest in a locked down nation. And it was an uprising by the people who don’t run anything against those who seem to run everything.

That such an uprising touched nerves among minorities should come as no surprise.

Whatever the outcome, it was a powerful redemptive movement that banished Obama’s legacy.

A man who had been falsely smeared as a racist built an unprecedentedly diverse coalition and fought a battle for the freedom of all Americans to live, to work, and to worship in freedom. 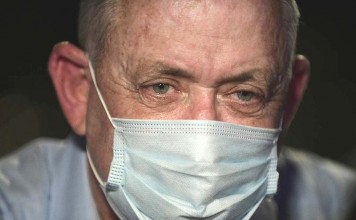