What has been very obvious over the past few years (and going back even before that) is that international diplomacy with the Taliban is a game of bad cop/good cop in which the Taliban are the bad cops and the diplomats are the good cops. And we’re the suckers being played by the Taliban and their political allies.

Sometimes the mask drops. Like when Biden stole money from the families of 9/11 victims to send to the Taliban.

Or when officials from a UN delegation there to lobby the Taliban to be nicer to women posed in front of the Taliban flag.

The United Nations issued an apology after some of its officials were seen posing in front of the Taliban flag in Afghanistan.

The world body called it a “significant lapse in judgment”. A group of UN personnel were in Kabul to address the ban on women aid workers in the country.

Mohammed then gave an interview to the Taliban’s pals at Al Jazeera claiming that progress was being made. She told other media outlets that the Taliban had “progressive” voices.

“I think there are many voices we heard, which are progressive in the way that we would like to go,” Mohammed told BBC. “But there are others that really are not.”

“I think the pressure we put in, the support we give to those that are thinking more progressively, is a good thing,” she said. “This visit, I think, gives them more voice and pressure to help the argument internally.”

This is the same scam they pulled with Iran, with the PLO, and with every Islamic terror group around. And, for that matter with the Communists and Nazis. Back in the 30s, Hitler was presented as a “moderate” Nazi. And, once again, people are falling for the lies because no one is talking about what’s going on. And those who are talking about it, are not being heard.

The media is mostly not talking about this. And when they are, it’s in the form of the agonized spin of this CBS News headline. “Top U.N. women’s visit to pressure Afghanistan’s Taliban on rights marred by security team’s poorly planned photo op.”

Poorly planned indeed. What’s the best way to plan a photo op with a Jihadist group?

When someone tells you who they are, believe them. The UN has spent a long time telling us exactly what it is, maybe it’s time we listened. 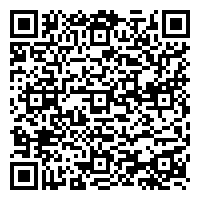