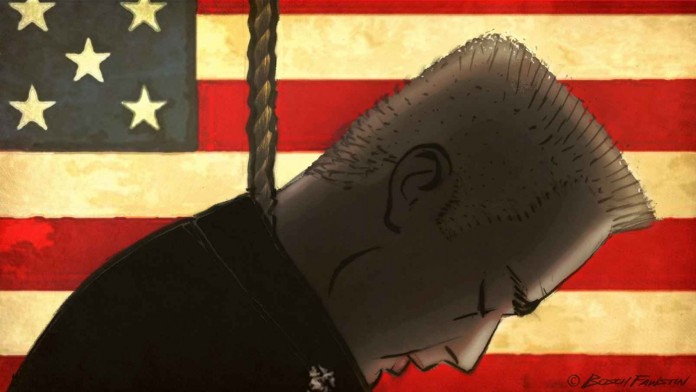 From former Secretary of Defense Esper’s false claim that, “racism is real in America, and we must all do our very best to recognize it, to confront it, and to eradicate it” last summer to Secretary of Defense Austin’s fight against “racial disparities”, the focus has been on the supposed oppressed status of black people in the military. That’s despite the slate of black leaders, including Austin and Air Force Chief of Staff Brown, holding top military positions.


But the supposed statistical racial disparities that are being used to conduct a racial witch hunt against the bogeyman of systemic racism in the military ignores the biggest racial disparity.

The suicide rate among white soldiers is 20.2 out of 100,000 person years and 12.8 among black soldiers. Suicide is the real indicator of high stress and nearly every group in the military, such as Hispanics at 16.0 and Asians at 21.5, have a higher suicide rate than black people.

Suicide rates in civilian and military life prove that systemic racism is a hoax. And that’s why they are a deeply uncomfortable subject for diversity experts because, despite claims that white men are the most privileged group in society, and that minorities, especially black people, are the most oppressed and are suffering unbelieable stress, white men are the ones actually committing suicide in much higher numbers than the “oppressed” minority groups.

A recent New York Times article struggled to explain why “social stressors — lower socioeconomic status and racism among them — are more prevalent and severe for the black population than the white one” yet “the black suicide rate is about one-third that of whites”.

Given a choice between an inescapable statistical fact and the myth of systemic racism, politicians, experts, and the media dismiss the facts and stick with their racist myth.

Suicide rates show who is actually being pushed to the brink… and who isn’t.

And while the suicide rate is a serious enough problem in the country at large, it’s a crisis in the military where four times as many military personnel killed themselves as were killed in combat.

The 30,177 suicide death toll for current and former military personnel since 9/11 is horrifying.

In the fourth quarter of 2020, while military leaders obsessively focused on fighting racism, there were 156 known suicides across the services marking a horrifying 25% rise.

The suicide rates testify to the fact that we didn’t just lose a war, we lost a culture war.

While American military personnel were killing themselves at unprecedented rates, their “leaders” were fighting an imaginary crisis of racism with critical race theory, commissions, surveys, and assorted witch hunts searching for a problem that they know doesn’t exist.

Meanwhile they were ignoring a problem that was there because the people committing suicide had the wrong gender and the were the wrong skin color for military leaders to care about them.

Not only are black people not the worst off in the services, but in one study the black suicide rate among VHA users actually fell from 15.6 in 12.76 while the white rate rose 46.16 to 48.51. Among black female veterans, the suicide rate fell from 14.83 to 2.60 even as the white female rate held steady at 25. “Non-minority males”, also known as white men, remain the likeliest to kill themselves even as military leaders focus on the sham of “diversity and inclusion”.

Air Force Chief of Staff Brown has a racism sob story about not being recognized in his parking space, other racism stories unleashed by the brass during its “conversations about racism” remain equally petty and trivial, meanwhile white men are actually dying at disturbing rates.

They’re the same group that Brown and other military leaders have smeared as racists.

Chief of Naval Operations Admiral Michael Gilday has urged naval personnel to read the racist ravings of Ibram X. Kendi and rolled out videos claiming that racism is endemic in the Navy.

“Being African-American in America is not fun,” an aviation technician claimed in an official Navy video. As Gilday falsely accused whites of racism, white Navy personnel kept killing themselves.

A suicide rate of one a month is normal at Fort Hood as the brass focus on more important things like changing the name of the base because Civil War history has become offensive.

In total, 400 white people from active duty to the reserves to the guard killed themselves and only 72 black people. If black personnel are more oppressed, under more stress, and need more special care than white personnel, why are white personnel under so much stress that they’re killing themselves at high rates while black suicide rates are some of the lowest?

The new politically correct military leadership is working hard to cover up the crisis.

As white enlisted men keep dying, Rand’s National Defense Research Institute, which is funded by the Department of Defense and the Navy, among others, commissioned a report claiming that the Pentagon should focus  “attention on suicide attempts, particularly among non-Hispanic black, Hispanic, and non-Hispanic Asian military personnel.”

Everyone except the white men actually killing themselves.

The Rand report also fussed over high drinking rates by “bisexual service members” while insisting that “socially disadvantaged groups—such as racial/ethnic minorities, women, and sexual-orientation minorities” were the ones actually at risk in the military.

And as the Pentagon worried about “socially disadvantaged groups” and bisexual drinking habits, 75.6% of the active duty personnel killing themselves were white.

Even though only 65% of active duty personnel are white.

Among the National Guard, white people made up 67% of the force and 83% of its suicides.

The crisis of white male suicides is unglamorous and politically incorrect. The dead are disproportionately young white enlisted men. Very few officers kill themselves. The white men committing suicide at unprecedented rates believe that they have no future. And a military leadership obsessed with diversity and inclusion is doing everything it can to prove them right.

While Pentagon elites focus on breaking the ‘brass ceiling’ through affirmative action, ordinary soldiers trying to support a family on food stamps and seeing no future are killing themselves.

They’re doing it while General Mark Milley, the chairman of the Joint Chiefs of Staff, defends imposing the ugly racism of critical race theory on the military while whining that he wants to “understand white rage”.

The Ivy League grad with degrees from Princeton and Columbia might do well to start with the internalized rage and pain that is driving the white men in his charge to take their own lives.

If only he gave a damn.

While the brass play their academic and political games, our soldiers are dying, not on foreign battlefields, but at their own hand. What’s driving them is not white rage, it’s white despair.

Austin, Milley, Brown, Gilday, and other military leaders have invented a crisis of racism because it lets them unleash diversity initiatives and hector the troops about unconscious bias. Like so many corporations and government institutions which have embraced critical race theory, political correctness allows them to avoid tackling the real crises they are responsible for.

The brass understands that pushing the big lie of systemic racism is good for their careers while addressing what’s driving enlisted white men to suicide would not lead to a profitable retirement.

And while they lie, white men die.