Key to living in a totalitarian system is understanding how to read between the lines.

When the media, in coordinated fashion, starts calling X a ‘bogeyman’ that means…

2. Public opinion is not on the media’s side

Democrats and their media are loudly insisting that critical race theory is a ‘bogeyman’. Here’s a little ‘wrong side of the mirror’ display of just how coordinated the talking points are.

The shorthand for the Republicans’ bogeyman is an idea that has until now mostly lived in academia: critical race theory – The Atlantic

“I want everybody to rest assured. First of all, critical race theory is the new bogeyman of the Republican Party,” Nikki Fried, who is running against Governor DeSantis, argued.

That’s a small sampler. Why coordinate around calling critical race theory a “bogeyman”. If there’s a real problem, you want to make the people bringing it up sound silly while assuring ordinary people that it’s a non-issue. That’s what Dems and their media are trying to do.

Why? Because the public is not on their side.

A new poll reveals that the majority of people in the United States have an unfavorable view of critical race theory.

A majority, at 58%, expressed an unfavorable view of critical race theory, while 38% expressed a favorable view, according to the results of a YouGov/Economist poll released Tuesday.

I’ll dig into the poll more in a follow-up post, but suffice it to say that the rollout has stumbled out of the gate. And when that happens, it’s the media’s job to insist that the horrifying thing people hate was actually invented out of thin air and no one needs to pay attention to it anymore. 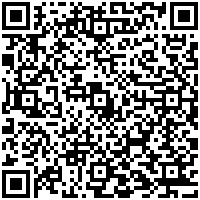