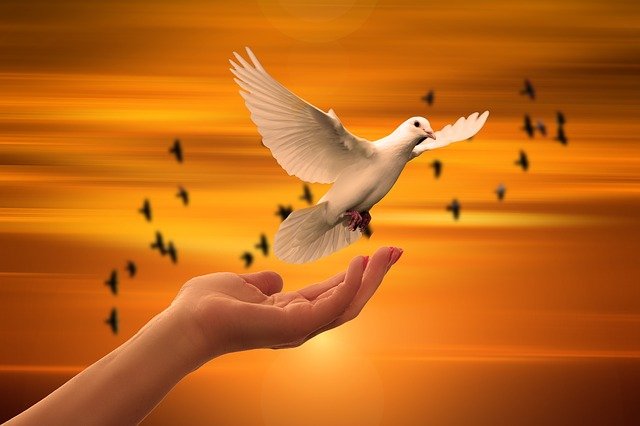 The many planned reforms of Israel’s incoming government in the security, defense, diplomatic, and religious arenas – of which I am mostly supportive – are going to create difficulties for Israel’s foreign relations.

Much already has been written about the concerns in Washington and in liberal Diaspora Jewish communities. It appears that Israel is under the microscope in Arab capitals too, specifically in the palaces of its new Abraham Accords partners.

In a recent series of meetings with think tank colleagues in the Arabian Gulf, I discovered deep disquiet about the emerging Israeli government coalition. To them, “tolerance” is the key concept behind the Abrahamic agreements they reached with Israel, and they expect to see this reflected in Israeli government policy. Below, I will try to explain what they mean by “tolerance.”

But first, a quick scan of the many changes the incoming government hopes to implement.

In the legal sphere, the government can be expected to redress the skewed balance of power between the courts and parliament, involving some sort of Supreme Court override legislation and a change in the way senior justices are appointed.

It will seek to regularize the status of two dozen young Israeli towns in Judea and Samaria (what the left pejoratively calls “illegal” settlements), and to check the spread of European-funded illegal and unauthorized Palestinian settlements in Area C of the West Bank (which are under full Israeli civilian and military control, purportedly).

It may seek to apply Israeli law directly to Israeli residents of Judea and Samaria, canceling the role of the IDF’s “Civil Administration” in managing the growth (or should we say blocking the growth) of Jewish towns and neighborhoods.

Many ministers aim to liberalize the open-fire rules of engagement for IDF troops in the territories. This also goes for the Israel Police and para-military Border Police operating in lawless Arab areas of the Negev and the Galilee as well as mixed Jewish-Moslem towns across Israel.

The government can be expected to crack down on the nefarious activities of radical Islamic groups in eastern Jerusalem, including Turkish groups, which weaponize the security situation in Jerusalem and undermine Israeli sovereignty in the city. And, hopefully, the government will act (cautiously, one presumes) to increasingly facilitate Jewish prayer on Har HaBayit (the Temple Mount).

My Emirati and Bahraini interlocuters are not opposed to any of these developments in principle. Nor in the longer term do they rule-out extension of Israeli sovereignty to parts of Judea and Samaria (along the lines, say, of the Trump peace plan). After all, some of these moves are internal Israeli matters, and others, like Jewish prayer on Har HaBayit, stem from principles of tolerance and religious freedom which are treasured by the Gulf Arabs.

But the key, they say, is not to act like a bull in a China shop. If Israel starts building settlements in Judea and Samaria with abandon; or gets into what might be seen as trigger-happy live fire confrontations with Arab, Bedouin, and Palestinian stone throwers leading a sharp rise in casualties; or barrels into the Temple Mount with wholesale changes in security and prayer protocols without attempting to conduct a respectful dialogue on this with the Arab world – the Abraham Accords could suffer.

No Abraham Accord country is going to break relations with Israel or end intelligence and defense cooperation (especially against Iran). And many areas of cooperation (from environmental and agricultural cooperation to scientific, space, and business partnerships) will continue apace. But Arab countries may feel it necessary to deemphasize their ties with Israel in public and to distance themselves loudly from the government in Jerusalem.

One Gulf colleague warned me that the Saudis in particular stand at a tricky moment. Crown Prince Mohammed bin Salman could be ready to take significant new steps towards Israel. That is certainly the hope of incoming prime minister Binyamin Netanyahu, who has specified an Israeli breakthrough in ties to Saudi Arabia as one of his top priorities.

But I was warned that the Saudis could be forced into retreat from such an opening if Israeli acts “incautiously and intolerantly.” The first step away from Israel that Saudis might take is a withdrawal of their permission for Israeli, Bahraini, and Emirati airlines to fly over Saudi Arabia on routes to/from Israel. This would be gigantic step backwards that would severely impact the development of Israeli-Gulf ties (and of course, tourism). I consider this a stark warning.

Which brings me back to the Abrahamic concept of “tolerance.” What the Gulf Arabs are trying to do is redefine the identity and global image of Arab Moslems based on a discourse of genuine tolerance and ideological moderation. They explicitly reject the discourse of hatred (of the West, and of Israel) that lies at the root of extremist strains of Sunni and Shiite Islam.

Moreover, Gulf Arabs see Israel’s blending of tradition with enlightenment as a role model for their own societies. After all, Israeli society and the societies of UAE, Bahrain, and Morocco cherish their strong family, ethnic, cultural, and religious identities while appreciating modernity. They concurrently uphold proud nationalist sentiment and a broad-minded approach to advanced education, international brotherhood, and regional cooperation. And they all seek peace.

Consequently, the Arab leaders of Abraham Accord countries need to see Israel expressing tolerance, actively pursuing accommodation with Israeli Arabs, and seeking peace with the Palestinians too. They are not wedded to the archaic Oslo-era two-state paradigm, nor do they care about satisfying every extremist Palestinian demand. What they do care about is an approach of dialogue and tolerance.

They want to see Israel pursuing Jewish-Moslem channels of reconciliation, not angry altercations; opportunities for at-least informal (“track two”) diplomacy with the Palestinians, not confrontation; avenues for practical teamwork, not squabbles.

They expect that Israel will pursue dialogue with Israeli Arab leaders on matters of internal governance and with the broader Arab world on matters relating to sovereignty and especially Jerusalem.

How this squares with the current rejectionist policies, absolute hostility to Israel, and even raw antisemitism of Palestinian leadership – I don’t know. How can Israel be expected to make progress with Mahmoud Abbas and his cronies, never mind with Hamas leaders – I don’t know. How Israel forcefully rolls back the mafia-style Bedouin protection rackets in the Negev, which it must, without some degree of confrontation – I don’t know. So, I told my Gulf colleagues to temper their expectations!

Furthermore, I told them that Israel firmly will assert control of its sovereignty and governance in the face of Israeli Arab and Palestinian lawlessness. That is what most Israelis expect of their new government!

At the same time, I assured them that Israel will do so without racist incitement and delegitimizing rhetoric, and without crude demonstrations of its power, but rather with finely calibrated tools and from an approach of maximum willingness to dialogue. I hope that I am right.

{Reporsted from the author’s site} 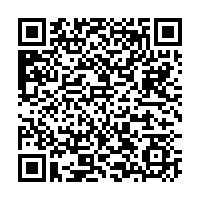