Home InDepth Columns Despair vs. Hope
Share on Facebook
Tweet on Twitter
Leaders with the Oslo mentality who have led Israel until now really do not have solutions to Israel’s problems. The following are excerpts from a March 25 article that appeared on Israel’s leading news website, ynetnews.com. The article, written by a left-wing Israeli journalist, epitomizes the depths of despair of those Israelis who have no hope beyond a secular, state-of-all-its-citizens Israel.

Manhigut Yehudit, of course, has a solution: authentic, Jewish leadership for Israel. Nothing else will work. I will have more on the growing momentum of the faith-based option following this article.

Should I Stay Or Should I Go?

We know that we won’t win and won’t lose. We know that the war with the Palestinians will go on. And on. And on. Until either we, or they, die. And our children will continue on the same path.

We know that Ashkelon is doomed. We know that Tel Aviv will turn into a skyscraper made of cement, and we know that Jerusalem will become a disaster area. Jerusalem is where a mosque will lead, one of these days, to the outbreak of world war.

We know that all the commissions of inquiry in the world won’t bring one soldier back to life and won’t kill any politicians. We know that the Zionist ethos is dead, but we have no idea where exactly they buried it.

We have no choice at the polling stations. Our political choices for a while now have been about a bit more or a bit less of the same thing. It doesn’t matter what ballot you threw into the ballot box. We can yell and protest, write and argue, move to Tel Aviv, leave Tel Aviv.

We can make tons of choices that would change our lives, but at the end of the day they won’t change the size, quality or borders of the narrow cage where our lives are trapped.

So what are we left with, now that we know? Well, the bottom line – at the end of the day – is one genuine Israeli choice: the choice of whether to stay or leave.

“How can you lead the entire nation?” one influential religious Zionist recently asked me at a well-attended lecture. “After all, we are a minority.”

“I am a member of Kibbutz Daliah,” Manhigut Yehudit member Nimrod cut in, introducing himself to the group. (Daliah is a secular, left-leaning kibbutz.) “I was born into the sector that did not ask any questions and did not wait for anybody’s approval. The pioneers three generations ago had a vision and a goal. They led the nation even though they were just three percent of the Israeli public. Today, this sector no longer has a vision, a goal or the strength to lead. But you, the religious Zionists, have answers and motivation. Why are you afraid to lead?”

Nimrod, who grew up as part of the leadership elite of the State of Israel, has been returning to his Jewish identity through his quest for Jewish leadership. Philosopher Ohad Kamin, another fervent Manhigut Yehudit supporter who is not observant, invests his time and effort in creating Jewish leadership for Israel. Ohad’s new book, To Perfect the World, analyzes the struggle between Jewish tradition and the State of Israel and offers practical, Jewish solutions for the crisis engulfing Israeli society.

Nimrod and Ohad are examples of a revolution taking place before our very eyes. They are part of the growing movement of Israelis that disregards the traditional religious-secular divide and demands a Jewish state – based on Jewish values – led by a believing Jew.

As opposed to the mere three percent who have led Israel until now, coercing its Jews to disengage from their heritage and values, Manhigut Yehudit strives to give Israelis true freedom of choice. We have no doubt (and statistics prove) that the decisive majority of Jews in Israel wishes to express its Jewish values.

The Manhigut Yehudit idea is flourishing in unexpected places. It is the hope for Israel’s future, and the answer to the Oslo despair.

It is time to dare to lead!

To learn more about Moshe Feiglin and Manhigut Yehudit (Jewish Leadership), and their plan for Israel’s future – and to order Feiglin’s newest book, The War of Dreams– visit http://www.jewishisrael.org/ 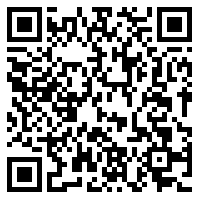