What would I do? Good question for an armchair general. Since every country condemns every Israeli reaction to the terrorist shelling anyway, I would ignore the condemnation for several weeks. I would send a warning to every civilian to leave Gaza. I would gather all of the soldiers in the army who live in Sderot and the vicinity. I would line them up in 50 to 100 tanks all facing Gaza. As soon as one Kassam rocket would land, 50 to 100 tanks would respond with one or two shells to decimate 10 Gaza City blocks. Specific buildings identified by the Israeli Shin Bet would also be targeted. For every Kassam rocket sent, a response of one hundred shells would be received. Would that stop the Kassams? I bet it would!

The world and our own politicians seem to forget that five to twenty-five Kassam rockets are fired by the Arabs every day into Sderot and the area. Could you live under those conditions? Would you not run away or, at least, send your children away? Imagine several rockets a day on your city or town. Where would you run first? Would the American government allow Cuba, Mexico or Canada to fire even “dumb” rockets into America?

While the citizens do not control the army or the government’s lack of response, some people are doing something to alleviate the economic and social pressures on the citizens of Sderot.

A while ago, Etan Grossinger’s parents took him to Israel to celebrate his Bar Mitzvah. Etan not only wanted to celebrate, he also wanted to share his celebration with children from Sderot. With the constant bombardment of Sderot by Kassam missiles, many children are traumatized. Etan wanted some of these children to enjoy a day of fun away from the Kassam missiles.

Etan’s family, who live in Manhattan, are friendly with Mrs. Aviva Tessler, the founder of “Operation Embrace”. They contacted her to arrange a Bar Mitzvah party for Etan with children from Sderot. “Operation Embrace” is an organization that provides emotional support through trauma centers, as well as direct financial assistance for medical, therapeutic, and rehabilitative needs to provide Israeli victims and survivors of terror with help to rebuild their lives.

Etan and his family sponsored and joined 40 children from Sderot in the Lahav Forest located near Beersheva for a day filled with therapeutic team building and fun activities. Etan wrote that, “The Sderot children really needed a day away from the trauma. When the kids arrived from Sderot to the forest, the counselors split all of us into three groups. We had many activities that consisted of ropes, wood sticks and garbage cans, rather than baseballs, footballs and basketballs. All of the activities taught us about the importance of teamwork and of being part of a group. I also learned how important it is to trust others.”

After the activities, they had a “unique” barbeque. The counselors handed out raw ground beef, flour, eggplant, chicken, and other vegetables and condiments and the counselors gave each group pots and pans and told them that they were in a desert. They lit fires in the ground, and the teams worked together to prepare delicious food.

Etan concluded his story with: “I was so proud that I was able to do chesed (kindness) for these kids who are in danger every day and aren’t always able to have a day to enjoy fun activities. All kids are the same all over the world and all should have a right to live in peace and happiness. This was the most amazing day.”

Another Eitan, Eitan Cohen of Modiin, has been organizing motorized convoys of shoppers to Sderot. This religious chess school director wanted to help the people of Sderot economically, so he organized Friday convoys to Sderot. The people from all over Israel travel to Sderot to do their weekend shopping and bring some joy to the residents of Sderot. The latest convoy contained several hundred cars and 12,000 people. The people purchased more than six million Shekels (almost $2 million) worth of goods. This was a wonderful expression of solidarity with the people of Sderot.

What do you think our Leftists were doing? They were fighting to bring a truckload of supplies for the “persecuted” Gazan Arabs who support Hamas and the shooting of rockets into Sderot. Our own fifth column! 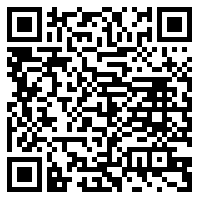