This past Shabbos, as we read the weekly Torah portion of Bishalach, my son suddenly said to me, “Dad, I have a feeling Sharon is going to pass away today, because we just read his name in Az Yashir [the Song of the Sea] where it says ‘arik charbi.’ ”


The verse my son was referring to (Shemos 15:9) reads, “The enemy said, ‘I will chase [them] I will reach [them], I will divide the spoils, my soul will be satiated, I will draw forth my sword [arik charbi], my hand will prevail!’”

As son as Shabbos ended I went right to the web and read that Arik Sharon had in fact passed away Shabbos afternoon.

My personal “Arik Charbi” story began in 1999, just after Ehud Barak defeated Benjamin Netanyahu to become Israel’s prime minister. Barak told the nation he would make the necessary land compromises in order to achieve a true and lasting peace.

At the time I had a small snack shop in the Muslim Quarter of Jerusalem’s Old City on El Wad Street, just past the tunnel entrance to the Western Wall. Farther up, toward the Damascus Gate, El Wad Street leads to Yeshivat Ateret Kohanim.

All the Jewish residents of the Muslim Quarter felt endangered by the victory of Barak, who was rumored to be ready to divide the Old City. This would bring an Arab state right up to my store, which would effectively transform it into an international border crossing. Of course, all Jews living in the area would be banished.

Netanyahu soon announced he was leaving politics and the Likud chose Arik Sharon to take over as the party’s new leader.

Arik, who always backed Jewish settlements, and even had a house down our street, became our only ray of hope in the Muslim Quarter

A rav who taught at Ateret Kohanim Yeshiva lived close to my store. When he walked by he would smile and whisper into my ear “Arik Charbi,” implying that Sharon would soon fight God’s battle and eventually save us from the political situation we were facing. I liked his little pun and would nod in agreement, “Yes, yes, Arik Charbi.” And I would force a smile.

I had to force a smile because I was skeptical about Sharon. I recalled the words of former prime minister Yitzhak Shamir in one of his last radio interviews in late 1998. Sharon had joined Netanyahu on his American trip in order to sign the Wye Agreement that would relinquish more territory to the Palestinians.

Shamir angrily said, “Netanyahu is a traitor to his own principles!”

When asked, “What about Sharon?” Shamir firmly snapped, “I’ve never understood Sharon; he has no principles!”

These were harsh words but they resonated strongly as they came from a tough former prime minister.

And so when Barak went to Camp David and made his suicidal offers to Arafat in the presence of Clinton, I noticed that Sharon was as quiet as a worm.

It was only Arafat himself who saved the day, by using Sharon’s Sept. 2000 visit to the Temple Mount as an excuse to put the kibosh on the peace

process and start the Second Intifada. As a result, Israelis lost confidence in Barak and clamored for another election. Sharon crushed Barak in a landslide.

My friend from Ateret Kohanim was really smiling now, raising his arm as if he held a sword in it and loudly declaring “Arik Charbi!” But I still had my doubts, not having forgotten Shamir’s description of Arik.

The deadly Second Intifada was in full swing, as Palestinian suicide bombers and gunmen were wreaking havoc and murdering Israeli civilians. Sharon had been elected to put down the uprising but the newly elected American president, George W. Bush, and his secretary of state, Colin Powell, repeatedly told Sharon not to respond.

This led me to mockingly point a finger toward my rav friend and cynically laugh, “Arik Charbi? Eifo [where is] Arik Charbi?”

One year and more than a thousand Jewish casualties later, and only after the bloodbath of Seder night at the Park Hotel in Netanya, did Sharon start the counteroffensive to put down the uprising and disarm the terrorists.

After his decisive (if belated) action, Arik won another big election in 2003. Suddenly the press began circulating stories alleging that Sharon, when he was foreign minister, had received a million dollar bribe from a South

We were also suddenly hearing Sharon declare “I am ready to make painful concessions.” When questioned about this he would say, “What I see from here, you don’t see from there!”(Many suspected he was being blackmailed by elements of the leftist press to disengage from Gaza or they would press him even harder on the bribe allegations.)

He then announced his plan for a unilateral disengagement from Gush

Katif. Members of his own party were overwhelmingly against it but he ignored them. He dropped his right-wing coalition partners and brought in the Labor party. He trained the police and army to throw 8,000 Jews out of their homes.

The disengagement went off as planned. Unfortunately, Sharon suffered a catastrophic stroke shortly afterward, and he was not conscious when Hamas took power in the newly judenrein Gaza Strip, setting up a base from which to launch missiles at Israeli towns and cities, a situation that prevails to this day.

When I ran into that rav from Ateret Kohanim after all this had come to pass, we looked at each other and nodded, for we understood the entire verse in Az Yashir was to be taken literally. Our enemies had said “arik charbi” and indeed it was Arik’s sword that effectively led to Hamas terrorist control of Gaza.

Ironically, as my son had guessed, Sharon passed away shortly after ba’al korehs across the country intoned “arik charbi.” 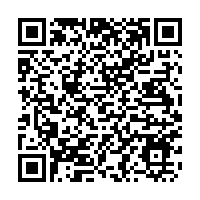