I’m wrapping up my trip to the U.S., a visit that for the first time in many years happened to coincide with Christmas.

In Israel, December 25 is a regular workday – the banks are open and the post office and businesses all operate as usual.


But here it is a national holiday, and wherever you go at this time of year you hear the words “ ‘Tis the season to be jolly…”

As a songwriter I always find a reason to sing along with what I’m hearing, and I actually have my own reasons to be jolly.

Americans are blessed to live in a God-believing country. And what makes me jolly in this country is that whereas believing Christians declare that “the only way to God is through Him, who was born of God and is His intermediary,” I, as a Jew, know I have the ability to go directly to God and that I am His son, as is declared a number of times in our holy Torah.

My grandfather, Rav Yaakov Kamenetsky, zt”l, once told me that Christianity is perfectly permissible for non-Jews. “God is busy in His many worlds, and so here on earth he appointed an intermediating minister, so to speak,” he explained. “But we Jews are not permitted to believe [in an intermediary] because we know we go directly to God.”

And so I sing, “ ‘Tis the season to be jolly, knowing I am a son of God, and with my prayer I can change this world.”

We’ve been reading in the Torah how Joseph the viceroy, second in command only to Pharaoh, brought his father, Yaakov Avinu, to a private meeting with the king. Twice, the verses state, Yaakov gave a blessing to Pharaoh.

Rashi points out that the first was basically “Shalom Aleichem,” the basic blessing made by one person to another.

Yaakov’s second blessing, however, put an end to the great hunger in that land. Yes, that hunger, which after only two years had forced people to sell their animals, their lands – even themselves – to the state in exchange for sustenance, was supposed to last five more years.

Our sages tell us Yaakov blessed Pharaoh so that whenever the king would approach the Nile, its water would rise, overflow, and come toward his feet.

This was amazing because in Egypt the water’s overflow was equivalent to rain. And so with the land watered, the hunger would now come to an end.

Now all of Egypt would believe him to be a deity and that the only way to God was through him.

But why would Yaakov assist Pharaoh in creating this deception, causing the people to believe the king was a deity? Don’t we have a halachic rule of not placing a stumbling block in the path of the blind?

The answer, I believe, is that Yaakov was living in a society where the lamb was a deity. He turned Pharaoh into a deity – a human lamb, so to speak – with the power of speech who could, if he so chose, be honest and declare publicly that the blessing of Yaakov was what caused the waters of the Nile to overflow and, in effect, end the hunger. Yaakov was hoping to thus weaken belief in the lamb and strengthen belief in the power of man’s direct prayers to the Lord.

Yaakov tried but failed. The famine ended but Pharaoh did not nullify belief in the lamb; indeed, the Jews sacrificed the Pesach lamb two hundred years later, in effect slaughtering the Egyptian deity on the eve of their exodus.

About 1,200 years later a Jewish man was born who was declared to be God’s Lamb who died for our sins. Christians believe the only way to God is through him. My reason to be jolly, as stated above, is that I am a descendant of Yaakov who went directly to God, needing no intermediary. 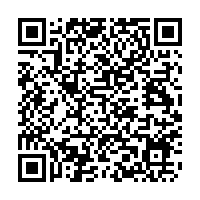