Temple and rare cache of sacred vessels from Biblical times discovered at Tel Motza
Rare evidence of the religious practices and rituals in the early days of the Kingdom of Judah has recently been discovered at Tel Motza, to the west of Jerusalem. In excavations the Israel Antiquities Authority is currently conducting at the Tel Motza archaeological site, prior to work being carried out on the new Highway 1 from Sha’ar HaGai to Jerusalem…According to Anna Eirikh, Dr. Hamoudi Khalaily and Shua Kisilevitz, directors of the excavation on behalf of the Israel Antiquities Authority, “The ritual building at Tel Motza is an unusual and striking find, in light of the fact that there are hardly any remains of ritual buildings of the period in Judaea at the time of the First Temple. The uniqueness of the structure is even more remarkable because of the vicinity of the site’s proximity to the capital city of Jerusalem, which acted as the Kingdom’s main sacred center at the time.” According to the archaeologists, “Among other finds, the site has yielded pottery figurines of men, one of them bearded, whose significance is still unknown.”

…”The current excavation has revealed part of a large structure, from the early days of the monarchic period (Iron Age IIA). The walls of the structure are massive, and it includes a wide, east-facing entrance, conforming to the tradition of temple construction in the ancient Near East: the rays of the sun rising in the  east would have illuminated the object placed inside the temple first, symbolizing the divine presence within. A square structure which was probably an altar was exposed in the temple courtyard, and the cache of sacred vessels was found near the structure. The assemblage includes ritual pottery vessels, with fragments of chalices (bowls on a high base which were used in sacred rituals), decorated ritual pedestals, and a number of pottery figurines of two kinds: the first, small heads in human form (anthropomorphic) with a flat headdress and curling hair; the second, figurines of animals (zoomorphic) – mainly of harnessed animals…

… “The finds recently discovered at Tel Motza provide rare archaeological evidence for the existence of temples and ritual enclosures in the Kingdom of Judah in general, and in the Jerusalem region in particular, prior to the religious reforms throughout the kingdom at the end of the monarchic period (at the time of Hezekiah and Isaiah), which abolished all ritual sites, concentrating ritual practices solely at the Temple in Jerusalem.”

So, is the Biblical narrative reliable? 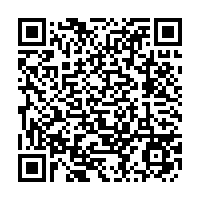