As I write this, Defense Minister Ehud Barak has just announced, during a televised press conference, his decision not to run in the coming elections and to leave politics.

There is jubilation in Gaza, as Hamas is selling the idea that Israel’s defense minister admitted defeat.


And there is jubilation on the right side of the Israeli political spectrum, with Minister Yuli Edelstein, a resident of Neve Daniel in Gush Etzion, expressing his joy at the departure of a man who recently suggested a unilateral withdrawal from Judea and Samaria.

My daughter Sara and her husband, and all the residents of Bat Ayin Bet, certainly breathed a sigh of relief. Her house was destroyed one night during Netanyahu’s building freeze. (Her husband, a builder, put up two houses in its place.)

With this as a preface, let us analyze the outcome of the eight-day military campaign dubbed “Pillar of a Cloud,” based on a biblical image but mistranslated into English as “Pillar of Defense.”

We must ask: How did Pillar of a Cloud end up a very cloudy pillar?

The Hamas terrorists have been given credibility by achieving a cease-fire with Israel, through the efforts of the new president of Egypt, the Muslim Brotherhood candidate and anti Israel activist Mohamed Morsi.

In other words, Hamas is now a recognized political entity – one that will never rest until Israel is erased from the map. We have turned them into a pillar – a cloudy pillar, but a pillar just the same. This after Netanyahu had been so outspoken before the last election calling for the dismantling of Hamastan in Gaza.

And Avigdor Lieberman, the foreign minister and head of the Yisrael Beiteinu Party, had said, upon joining the government, that one of Israel’s goals must be the end of Hamas rule in Gaza.

So what went wrong?

I think the choice of a holy name like Ahmud Anan, Pillar of a Cloud, demanded a ferocious biblical response to the years of constant rocket fire inflicted on the people of Israel.

The very first time we read of this pillar of a cloud, it guided the Jews as they left Egypt.

But our Pillar of a Cloud military campaign led Israel right back to Egypt because our leaders agreed that they must go to Cairo to complain about any violations of the cease-fire.

Once we dared put a Torah name to this campaign, we should have followed through to keep two rabbinically taught mitzvos. If someone comes to kill you, arise and kill him first. And when the opportunity comes to do a mitzvah, take immediate action. (We need to be quick in matzah-baking lest the matzah become chametz; Rav Osheya taught: replace the word matzah with mitzvah. Respond quickly.)

In the early stages of Pillar of a Cloud, Israel neutralized the chief of the Hamas military wing. The IAF bombed strategic sites, destroying most of the M75 long-range missiles in an initial blow. Reserve soldiers were called into action on the third day and were ready to start the ground battle – just when the Egyptian president demanded the opportunity to draw up a cease-fire agreement.

But the sudden tragic death of his sister caused him to become preoccupied with family matters, and that was our opportunity to quickly send in the troops and carry out the two above-mentioned mitzvos.

Benny Ganz, the IDF chief of staff, said his “solders are motivated, they are ready. It’ll be dangerous to leave them waiting at the border; they’re sitting ducks.”

Whose decision was it? The prime minister’s? He’s not the commander in chief. Lieberman’s? He’s only the foreign Minister. Ehud Barak is the defense minister, so it was his call, but he’s a man ready for unilateral withdrawals.

So in the first eight days of the month of Chanukah – when, for eight days and eight candles we celebrate the greatest ground battle in Jewish history, the victory of the Maccabees – we allowed ourselves to be pushed into a cease-fire that solves nothing and allows Hamas to rearm. 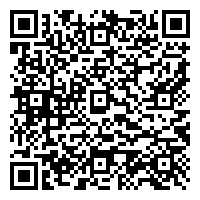