No one will ever mistake David Letterman for a hard-hitting journalist. But the fawning reception that he’s received for his Netflix series, “My Guest Needs No Introduction,” is a bit over the top. Asking celebrities softball questions and giving them a chance to preen isn’t really all that demanding.

The softball interview that Letterman did with Dave Chappelle — released late last year — is a case in point.

In the interview, Letterman had a chance to get some details about Chappelle’s conversion to Islam, which he said took place in a New York pizza shop in 1999.

“The pizza shop was across from my house and it was, like, all these Muslim dudes … worked in there,” he said, adding that the owner “was so passionate about it. It was very compelling. I liked the perspective of it.”

Chappelle goes on to say that Islam is “a beautiful religion. And the ideas in that religion are reflected in all the major Abrahamic faiths. You’ll see these ideas in both Christianity and Judaism, you know.”

It’s a nice story, but it conceals a lot more than it reveals.

If Letterman were intent on asking probing questions, he might have asked Chappelle what mosque he first attended and who his early teachers were. It’s a subject that Chappelle has been reluctant to address.

In 2005, Chappelle told Time magazine, “I don’t normally talk about my religion publicly because I don’t want people to associate me and my flaws with this beautiful thing.”

This evasive response is no longer good enough, in light of Chappelle’s comments regarding Jews in his most recent Netflix show “The Closer,” in which he jokes about making a movie about Jews conquering the world after suffering something akin to a Holocaust on another planet.

“In my movie idea, we find out that these aliens are originally from earth — that they’re from an ancient civilization that achieved interstellar travel and left the earth thousands of years ago,” Chappelle says. “Some other planet they go to, and things go terrible for them on the other planet, so they come back to Earth, [and] decide that they want to claim the Earth for their very own. It’s a pretty good plotline, huh? I call it ‘Space Jews.’”

The Campaign Against Antisemitism (CAA) declares, “The implication [of Chappelle’s bit] is that the inhuman Jews left their ancient homeland and other countries of their dispersion of their own volition. After causing destruction elsewhere they have now returned to reclaim what they had willingly abandoned, even at the expense of misery of others.”

The CAA’s assessment seems about right.

Later in his comedy set, Chappelle returns to the “Space Jews” bit by telling a story about a freed slave who went on to buy, sell, and even breed Black slaves. “How can a person perpetuate the same evil on a person that looks just like him?” Chappelle asked. “It’s mind blowing. And shockingly, they’re making a movie about him. Ironically, it’s called ‘Space Jews.’”

In response to this bit, CAA accused Chappelle of playing “on the ignorant prejudices of his audience.”

Again, that seems about right, but there’s more to be said. The gag that Chappelle offered about world-conquering Jews sounds a lot like the things Louis Farrakhan, the leader of the Nation of Islam and a well-known antisemite, has said about Jews over the years.

Farrakhan, who has recruited a fair number of African-Americans into his movement, has described Jews as evil figures who dominate the world.

With his “space Jews” gag, Chappelle was channeling — and sanitizing — Farrakhan’s antisemitic bigotry.

I’m not interested in getting Chappelle canceled; I just want answers to the following questions that Letterman didn’t have the nerve to ask:

Was your introduction into Islam through the Nation of Islam? Do you think Louis Farrakhan represents a legitimate expression of the Muslim faith?

Why did you have your picture taken with Farrakhan at Muhammad Ali’s funeral in 2016? And why did you invoke Farrakhan’s presence at the funeral in such benign terms when you spoke to a journalist writing a piece for the New York Times Style magazine?

Dave, this is what you said: “I was at Ali’s funeral and I saw Farrakhan there, and Arnold Schwarzenegger, and I saw Bill Clinton. They all looked great, but I realized that these guys are getting old. And then I realized I’m getting old, and we’re all here because Muhammad Ali is dead!”

Is Farrakhan’s name one you want to drop so blithely?

In 2020, Christianity Today published an article by a fan of yours, who anointed you as the “cultural pastor America needs.” Well, OK, but who were the people who helped prepare you for this pastorship?

Was Louis Farrakhan one of your mentors?

And if he wasn’t, why are you retailing his brand of hate to a larger audience? 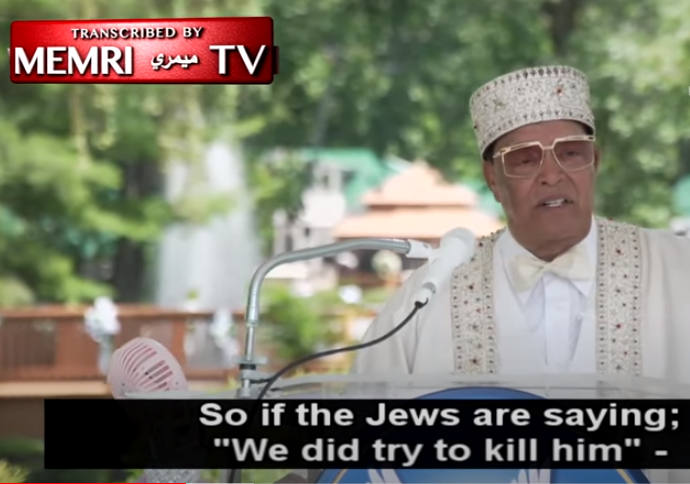