Yours truly became acquainted with this story through a tweet by former MK and right-wing broadcaster Yinon Magal, who tweeted on Tuesday a video in which Yesh Atid Chairman and Foreign Minister Yair Lapid was saying: “I’m a Zionist. I am the man of tomorrow who also lives his past. My dynasty includes Moses, Jesus, Maimonides, Sigmund Freud, Karl Marx, Albert Einstein, Woody Allen, Bobby Fischer, Bob Dylan, Kafka, Herzl, Ben Gurion.”


Then I came across a disturbing revelation from Hakol Hayehudi that was published on Monday, and the Lapid quirk started burgeoning.

Yinon Magal, who’s not the most delicate marzipan in the Valentine’s Day candy box (he was forced to resign from the Knesset after an 8-month stint over revelations of his inappropriate sexual speech during a party), focused his tweet on one gotcha, namely the fact that Lapid included Jesus in the list of Jews he admired. I didn’t fall off my seat, mostly because Lapid is the definition of the pseudo-intellectual who throws famous names around without ever having read any of their works. His former errands boy, comic and satirist Lior Schlein, is notorious for posting videos that depict Lapid’s charlatanism and lack of education (the Foreign Minister never graduated high school).

You want examples? Of course you do: Lapid mentioned Copernicus as one of the geniuses of ancient Greece (he was a 16th-century Polish astronomer). He described the sculptor Alberto Giacometti who died in 1966 as a genius from the Renaissance period. Oh, and in an article he wrote about the American Constitution, Lapid informed his readers that it was written by one lone, influential man, John Adams. Well, the constitution was the brainchild of many collaborating authors, but one thing is for certain: they did not include John Adams, who was out of the country at the time. Adams first saw the new United States Constitution in late 1787, and wrote Jefferson that he had read it “with great satisfaction.”

So you’ll understand why I didn’t get excited over yet another story about Yair Lapid making a fool of himself. But the Hakol Hayehudi story (גיסתו של יאיר לפיד והקשר ליהודים המשיחיים) took things to a darker and more dangerous forest.

In recent days, Israeli social media have been buzzing about the appointment of Yair Lapid’s sister-in-law, Ilail Keren, who in recent years served as chairwoman of the Yesh Atid women’s committee, to the KKL-JNF board of directors. The role is voluntary, but it wields great influence over the use of KKL-JNF land (the agency owns more than half a million acres in Israel), as well as its ties with Diaspora Jewry, which explains why many to the right and left of Lapid criticized his nepotistic appointment, especially since he himself had attacked the appointments of relatives in the past.

Finally, on Tuesday, Lapid announced that his sister-in-law had resigned. But then Or Le’Achim, an Orthodox Jewish organization operating in Israel that focuses on counter-missionary work and opposition to interfaith marriages, approached the Hakol Hayehudi with information claiming that Lapid’s sister-in-law and her husband were, at least at one point in the past, active in the community of “Messianic Jews,” and the husband, a Canadian Christian, was a “prayer leader” in the sect.

A request for comment from Yesh Atid was refused on the grounds that this is a personal matter. Well, yes and no. For Israel’s foreign minister to support Jews for Jesus—who have been defined as a cult by the late Supreme Court Justice Menachem Alon—is a whole lot worse than musing ignoramus about being impressed by Carpenter Joe’s crazy kid from Nazareth.

Missionary work is illegal in Israel, and preaching conversion to a minor is punishable by a year in prison. When the Mission Law came up for a vote in 2015, Lapid voted against it. When United Torah Judaism MK Moshe Gafni reminded him that his father, the late MK Yosef “Tommy” Lapid, supported the law, Yair rebutted that as the executor of his father’s will, he knew that “the deceased changed his mind” on the matter.

One last thing: such a long list of Jewish men in Lapid’s “dynasty” and no mention of Rosa Luxembourg or Emma Lazarus? Could it be because he figured the first one was a country and the other is already mentioned in the New Testament? 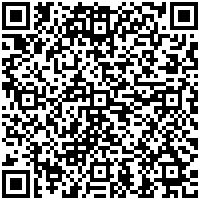