It means, of course, “From many, one” and resonates with the wording of the poem on the Statue of Liberty. The world’s masses would and could come to the United States, cast off the poverty and oppression of the past, and secure a new identity as Americans.


With that pedigree, the message of E Pluribus Unum has long resonated in American hearts and minds. But the Left doesn’t like it. It’s racist. (Yawn, here we go again; another whiny reproach from the Politically Correct.)

The argument at first seems quite reasonable. Why should people coming here give up their identity and culture? There are Italian Americans and Scottish Americans and African Americans; why can’t you have both? To which I would answer, “Si,” “Aye,” and “Yo.”

(It goes without saying that leftists dislike the actual motto – about trusting God – even more).

It strikes me, though, that there are limits to how far you can push this critique, and not just because “E Pluribus Pluribus” sounds silly.

About fifteen years ago I got a phone call from a troubled producer at the BBC. I do broadcasts on BBC Radio and TV and had worked with him before.

“Rabbi YY,” he began, “I’m desperate!” I asked him what the problem was and he explained he was making a radio program about Yom Kippur, which was then only a week away. He wanted to use a recording of a shofar he had plucked from the BBC’s sound archive, and even though he wasn’t Jewish and had never actually heard one before, something struck him about it as not being quite right. I invited him to play it over the phone and he was correct – it was awful. Or, to be precise, it wasn’t. It was perfect.

The shofar had clearly been blown by a professional trumpeter and each note was flawless and precise, exactly what a shofar should not sound like. The sound was a million miles removed from the broken human cry it’s supposed to resemble.

I explained what the problem was and the producer, Mike (a great name for a radio producer), nearly started to cry.

I felt sorry for him and explained that I owned a shofar and offered to drive over to the BBC studios to blow it so he would have an authentic recording. Mike told me he could hug me, which, when I arrived at the studios, is exactly what he did.

We walked together past the studios where I usually did my broadcasts, further and further into the heart of the BBC until we came to two huge doors with a sign above that read “BBC Philharmonic Orchestra.”

There are moments in life when you regret not having a camera with you. This was one such moment.

We entered the huge recording studio where sat eighty superbly talented musicians in the middle of rehearsing Mahler. The conductor looked around to see who had violated the sanctity of the rehearsal. Upon seeing me his eyes beamed and a smile appeared, which grew and grew.

“It’s the rabbi!” he trilled as the orchestra came to a halt. “Please, please, please,” he begged as he vacated the podium. “Take my place.”

Shyly I did so as huge microphones descended from the ceiling to capture every ram’s horned note. The conductor waved his baton excitedly and eighty musicians regarded me with curiosity (particularly the brass section) as I began to blow.

Of course, the different instruments in an orchestra produce different sounds and require different temperaments from their players. When all those players come together – E Pluribus Unum – they combine to make a sound that could never occur if individual instruments or sections of the orchestra played alone.

Naturally, this requires that the players play from the same music and follow the conductor. It is only then that the music is beautiful. Otherwise, instead of harmony we get discord and painful noise.

But it is not just unpleasant sounds that come from people who won’t play from the same score as everyone else.

The Jewish Press recently reported on Trevor Philips, the former head of Britain’s Equalities and Human Rights Commission, who in a column for London’s Sunday Times wrote that Muslims are establishing “nations within nations” throughout the West and admitted that in his role he had “got almost everything wrong” about immigration.

At the same time, the UK’s Channel Four commissioned a poll which found that 20 percent of British Muslims believe the UK should be governed by shariah law. More shockingly, two thirds of British Muslims polled would not inform the police if they knew of someone becoming involved in terrorism. (Four percent admitted they sympathize with terrorists and suicide bombers.)

If that two thirds figure holds true for their American counterparts, it means nearly two million U.S. Muslims not only refuse to play the same tunes as everyone else but whistle E Pluribus Shariah and sympathize with those who want to blow up the orchestra.

Now, U.S. Muslims differ in significant measure from UK Muslims in terms of ethnic makeup and geographic origin – but even if we sharply cut the two thirds down to, say, 20 percent, we’re still left with hundreds of thousands who conceivably would not alert authorities if they knew of someone involved with terrorism.

A statement like that, even with allowances made for a less jihad -inclined U.S. Muslim population, may seem unfair and judgmental, but too many Muslim organizations and officials have been fairly understated in their condemnations of Islamist terror. And although the orchestra’s management and musical director may try to hide the reality, when the curtain goes up and the music begins, the audience will know straightaway that something is very, very wrong and that there are those in one section of the orchestra who don’t like the sound of E Pluribus Unum one bit. 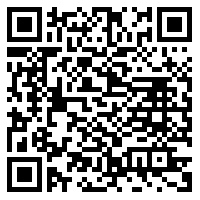