A joint operation involving IDF soldiers, Israeli Police and Israel Security Agency (ISA) operatives has ended with the arrest of the six-member Hamas terror cell that allegedly blew up a bus in Jerusalem on April 18, 2016.

The suspects manufactured and assembled the bomb that was used in the attack on Bus #12 in Jerusalem this past April, wounding 20 people. Two of the victims in the attack, a man, 30, and a woman, 28, were critically injured, six moderately and the rest sustained light injuries, including two children ages 10 and 12.


Udi Gal, spokesman for the Jerusalem Fire Dept. told the media that “enormous flames that erupted in one bus reached the other. Both buses were ignited completely and a nearby vehicle was burnt as well. Luckily, no one was trapped inside.”

The terror cell, near Bethlehem, had planned a series of attacks to be carried out in Jerusalem and surrounds, according to the ISA (Shin Bet) intelligence agency. Investigators revealed the six terrorists who comprised the cell were planning a suicide bombing. In addition, they planned to carry out shootings and vehicle ramming attacks.

According to the statement released by the Shin Bet, the investigation also revealed that two of the terrorists being held had been involved in a separate shooting attack last year.

Suspected terrorist Abdel Hamid Abu Srour, 19, died of the wounds he sustained in the attack. He was a resident of Aida, near Bethlehem.

Following Abu Srour’s death, the Hamas terror organization claimed responsibility for the attack and called him a “martyr.” Spontaneous celebrations erupted in Bethlehem and Gaza, with people passing out candy in the streets to celebrate the bombing, characterized by the Shin Bet as a suicide bombing.

Prime Minister Benjamin Netanyahu vowed in the evening just a few hours after the attack, “We will locate the men who created this bomb, we will reach the men who sent the bomber as well as the ones behind them. We will settle the account with these terrorists.”

The suicide bomber is dead. The remaining six suspects are currently being held in custody and a request to extend their remand until the end of court proceedings is expected to be submitted shortly. 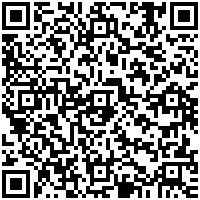